On Thursday, every child (and adult) at Willingham Primary School took part in the Pro Kick Challenge to raise money for charity and for the school.

Children take turns to kick a football into a giant goal with technology enabling the speed of the kick to be measured.

Junior, from Sports Connections Foundation came and lead the day with Mr Carminati and it was a fantastic success! 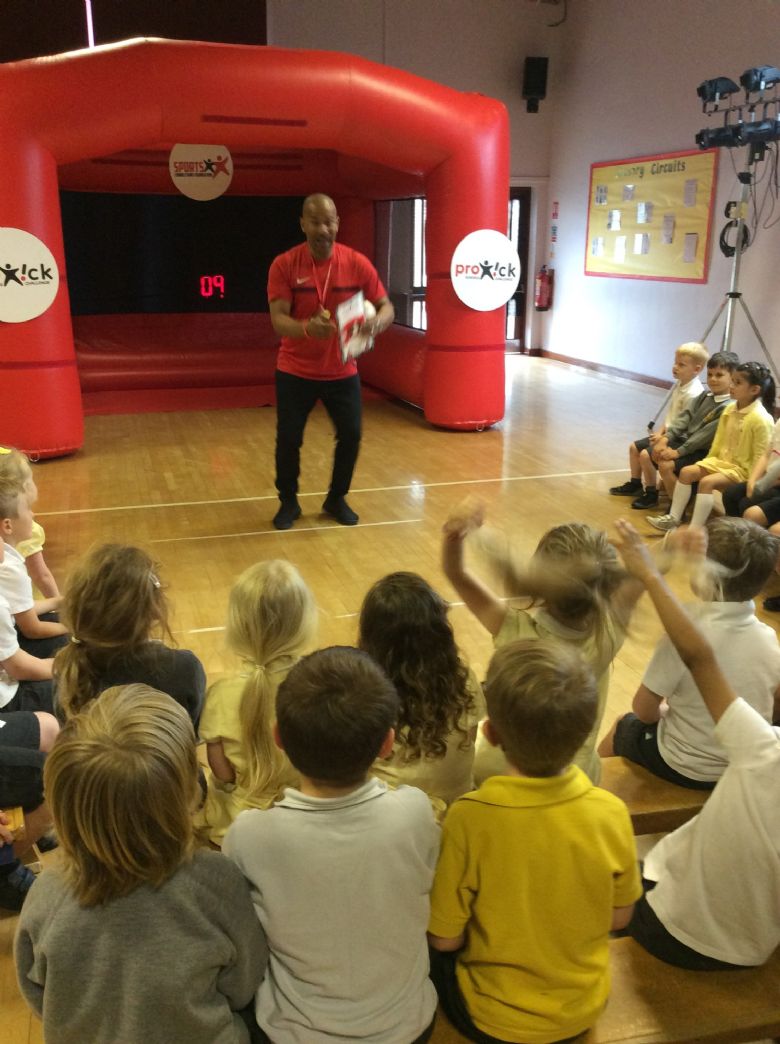 The fastest kick was Nye, who kicked 48mph and the fastest girl kick was Alyssa who managed 38mph.

It was a wonderful day and a great effort to raise so much money.