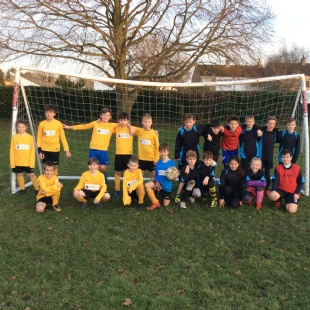 On Wednesday afternoon, Hatton Park Primary School made the short trip to Willingham for a football friendly match. Willingham were supposed to play Fenstanton but unfortunately they were unable to make the fixture so Brad Cox (who works in both schools) gave Hatton Park the opportunity to play and they jumped at the chance. We were very grateful to Brad as we didn't want the children to miss out.

As always, Mrs Fordham provided hot drinks and cakes for the supporters and the players. Again, we really appreciate the kitchen staff (especially Mrs Fordham) providing us with these refreshments. Felix was again on hand to serve the supporters with teas and coffees, top man!

Hatton Park brought a mix of their 'A' and 'B' team with year 5 & 6 children in their squad. Here you can see Brad giving his players a last minute team talk. 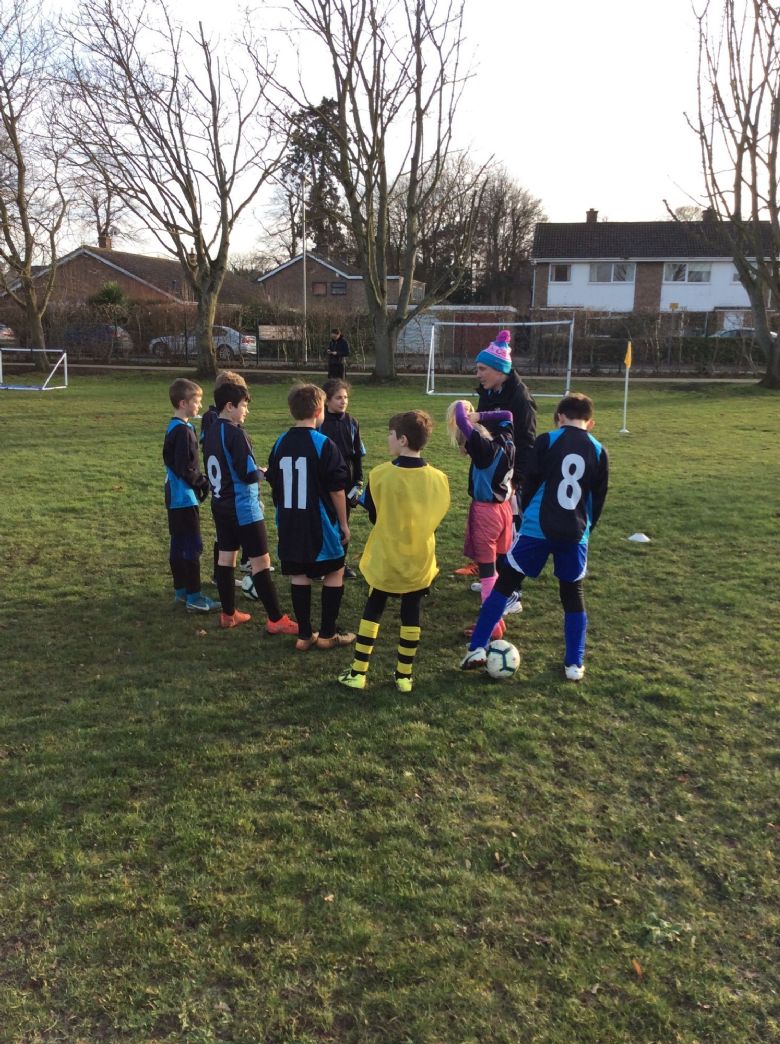 Ollie’s brother Archie volunteered to referee the match, which was extremely generous and kind of him! 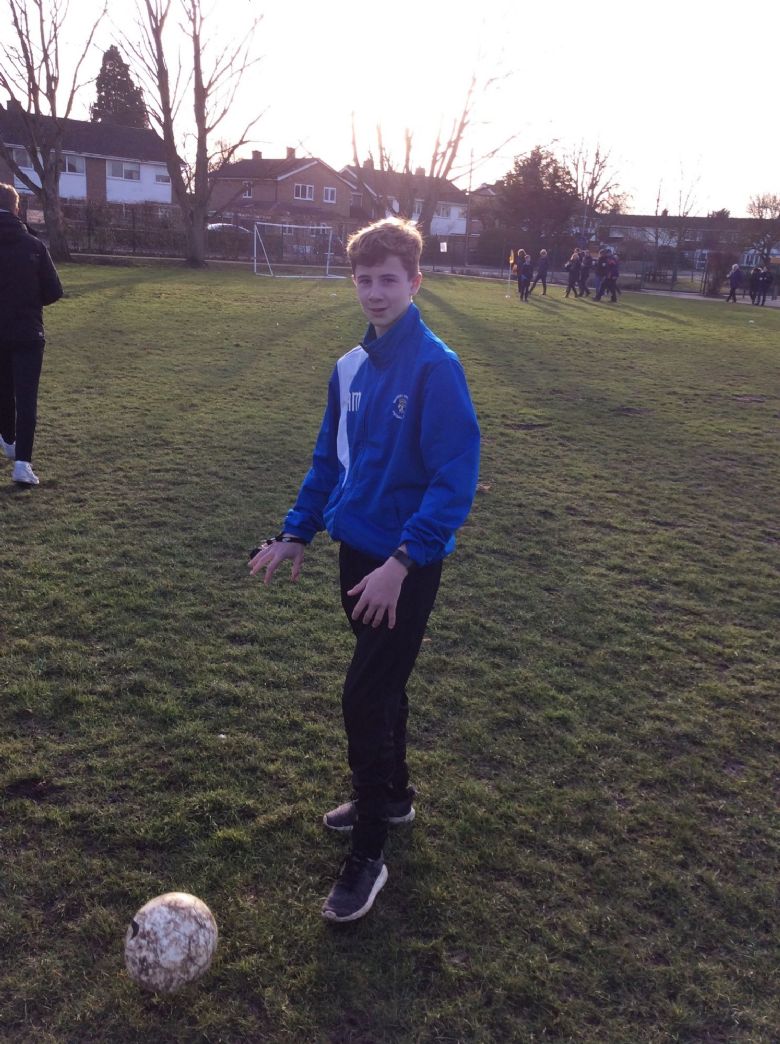 Willingham’s captain of the afternoon was Charlie, who was playing in a central midfield role. 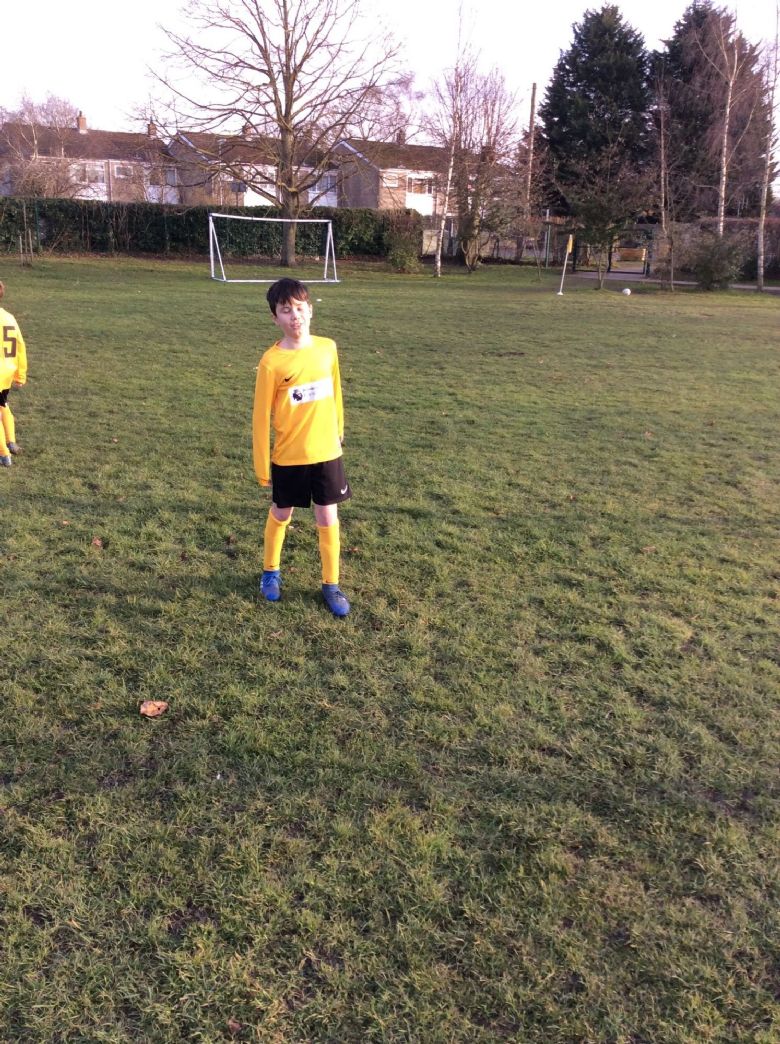 Charlie won the coin toss and chose to kick off. 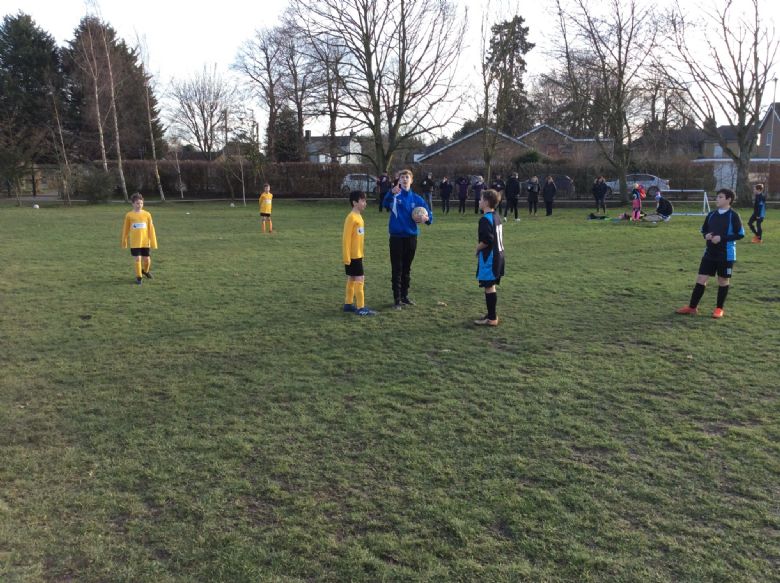 The game started off quite slowly, with both sides playing very cautiously, not taking too many risks. 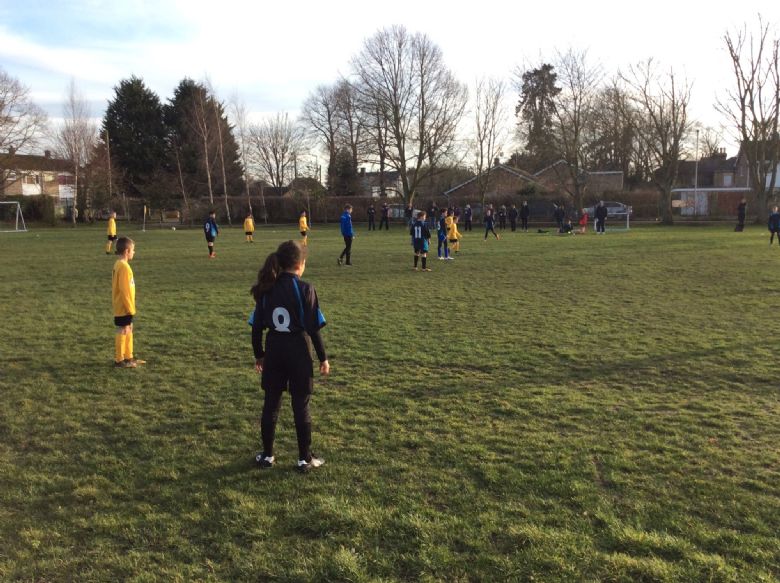 The only opportunities were long range efforts and both teams were struggling to link up their midfield play and their attackers.

Willingham started to grow into the game and after some good work from Captain Charlie, they got their rewards. A good turn and pass from Charlie, released the tricky Ollie who passed to Alistair who slotted the ball home, 1-0 Willingham.

Willingham quickly doubled their lead after a good defensive header from Sam, got the ball forward and Ollie took it past a Hatton Park defender and smashed the ball into the back of the net, 2-0!! 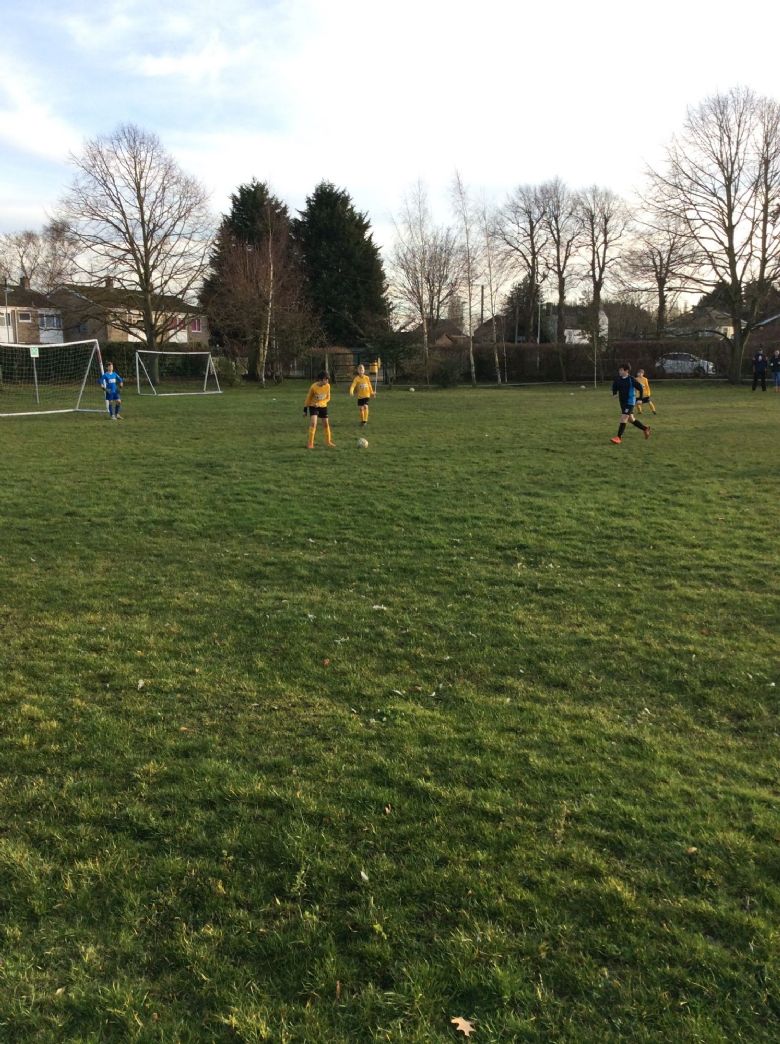 Willingham were absolutely buzzing and started to relax towards the second half, which Hatton Park too advantage of. Some good build up play resulted in the ball going into the Willingham box and the Hatton Park striker pounced on the defensive mix up and slotted the ball through the 'keeper's legs, 2-1.

Willingham had a great long range shot just before the half time whistle when Sam's effort crashed against the crossbar.

Half time, 2-1 to Willingham. Mr Carminati explained to the players that they had been playing really well to be leading at half time, but if they started to relax and think the game is over then they will be punished by the quality of the Hatton Park team. The message was to stay focussed and kick on to finish the game off. 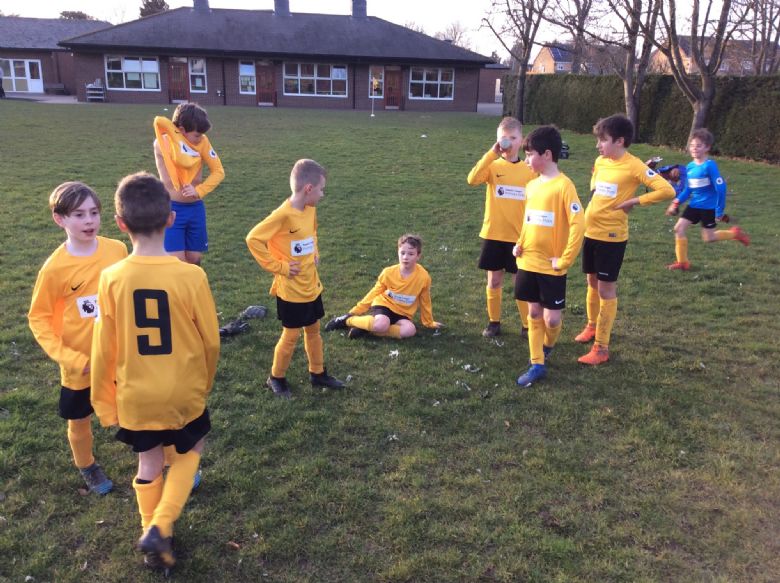 The message was received loud and clear as Willingham started the second half with a point to prove. 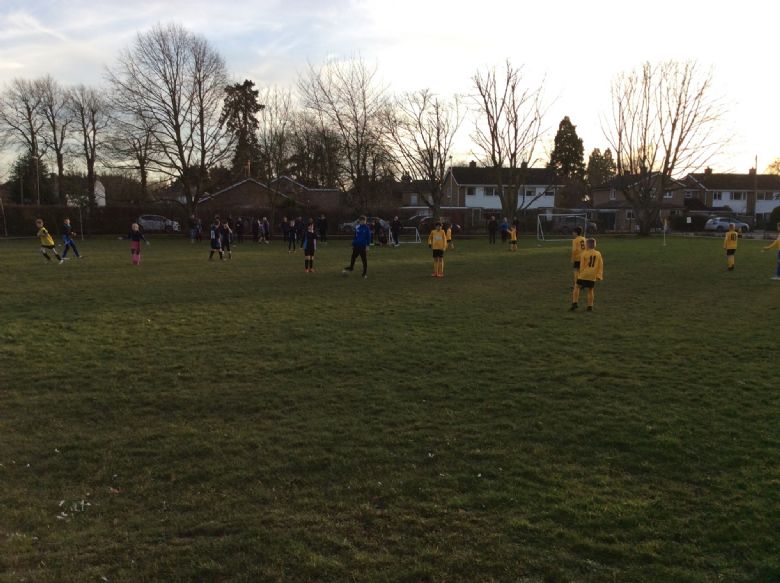 The boys were loud and dominant early on and as Sam bundled the ball into the box, it struck a defender's hand and as the referee blew his whistle, Sam rolled the ball in. Penalty to Willingham, no goal..! 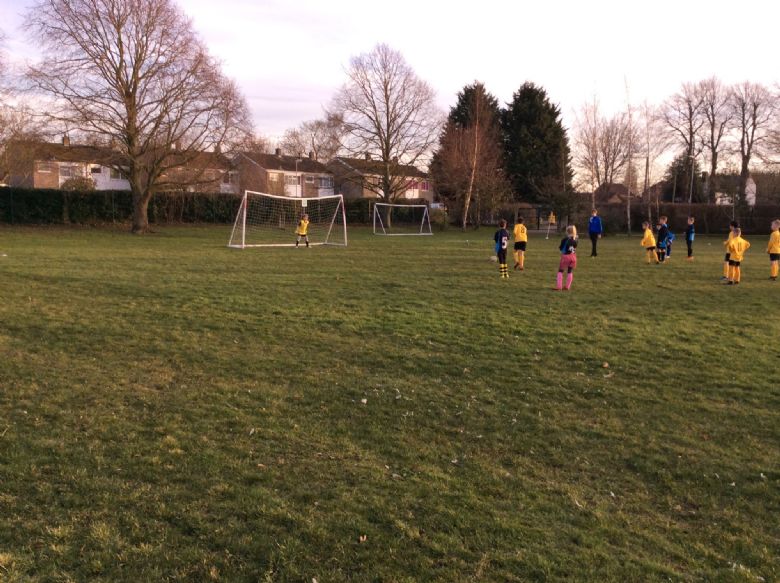 Sam stepped up to take the kick... 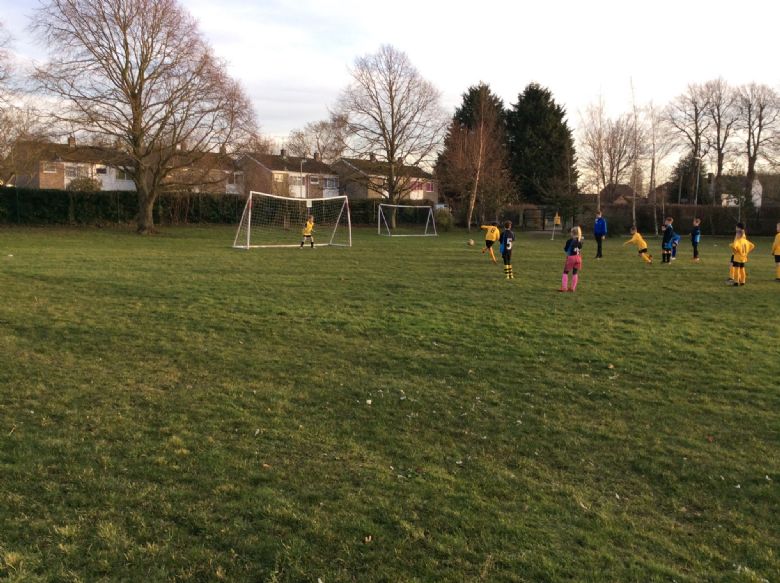 But he blasted the ball over the bar, the score remained 2-1.

It didn't take long for Willingham to get another chance, two minutes later Lucas picked up the ball on the left hand side and cut in to shoot from range. The ball deflected off a Hatton Park defender and the ball flew into the corner of the goal, 3-1 to Willingham.

Chances kept on coming for Willingham and their confidence grew. The ball was cleared from a corner and as it came from the sky, Charlie attempted a volley which was only narrowly saved by the Hatton Park keeper, a great long range effort. Charlie then supplied the ball to Ollie after Nye won the ball back with a strong tackle but again, the keeper made a fine save. 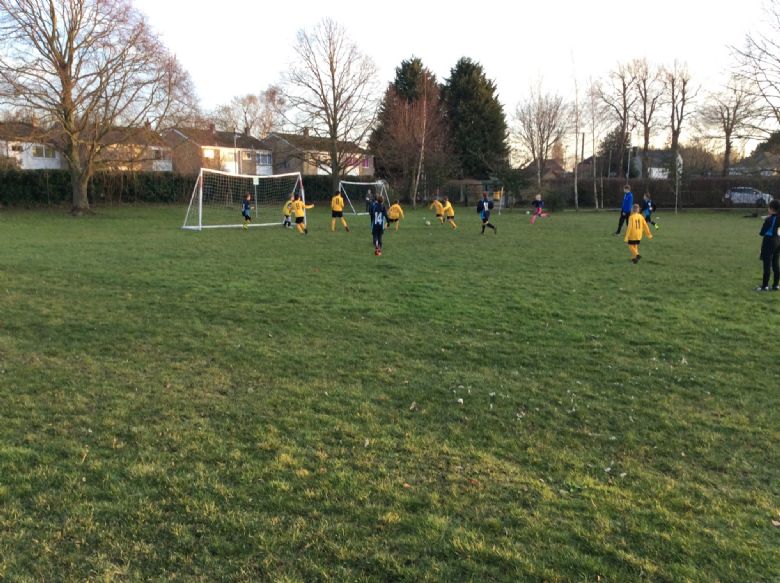 Nye, who was in goal for the first half, impressed on pitch with a beautiful corner but Sam's strong header just went passed the post.

Just when Sam thought he wouldn't score, Ben passed the ball to him just inside the opposition half and Sam ran past two defenders before sliding the ball past the keeper to make the score 4-1.

Minutes later, the same attack happened again but the keeper read Sam's shot and managed to clear the ball away. 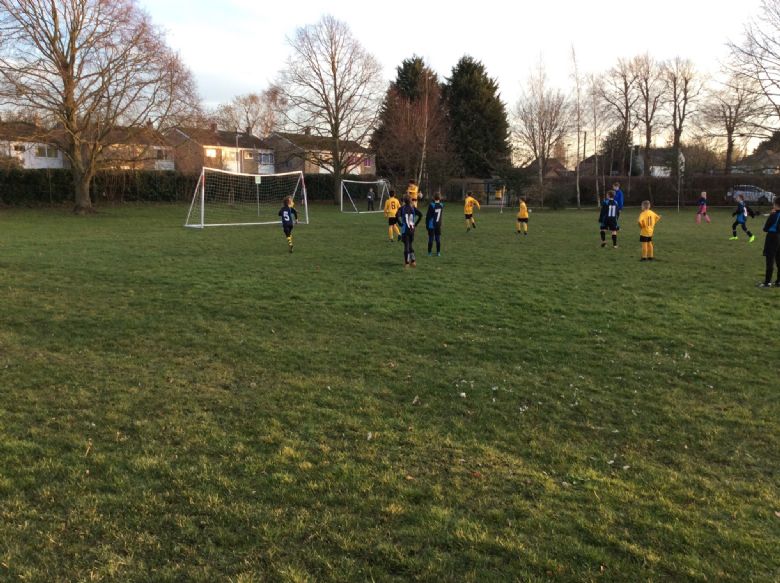 Alistair replaced Nye in goal at half time and was outstanding, especially with his distribution. He wasn't too busy with shots, but what he did have to deal with, he dealt very well. Hatton Park had a couple of late chances but Alistair was brave and made some good stops.

There was still time for one final piece of action when Elliot raced forward and got tripped in the box, penalty to Willingham. Elliot brushed himself off and stepped up to take the penalty, but like Sam's effort, he missed the chance to extend Willingham's lead.

The full time whistle went and it finished 4-1 to Willingham. the boys should be extremely proud of their performance, especially in the second half. Hatton Park were exceptional in the tournament back in October, so to beat them was a huge achievement for the boys. 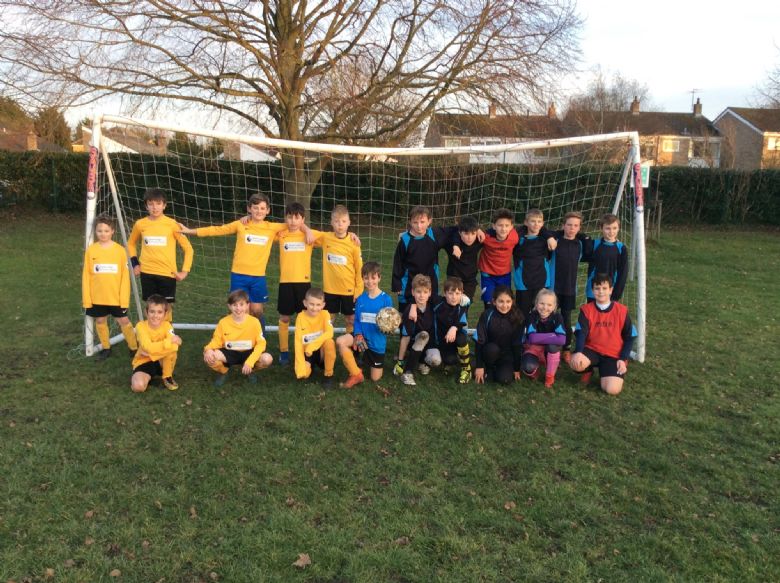