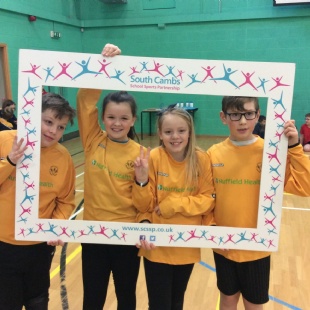 The children were paired up and had four different Kurling activities to attempt throughout the afternoon. 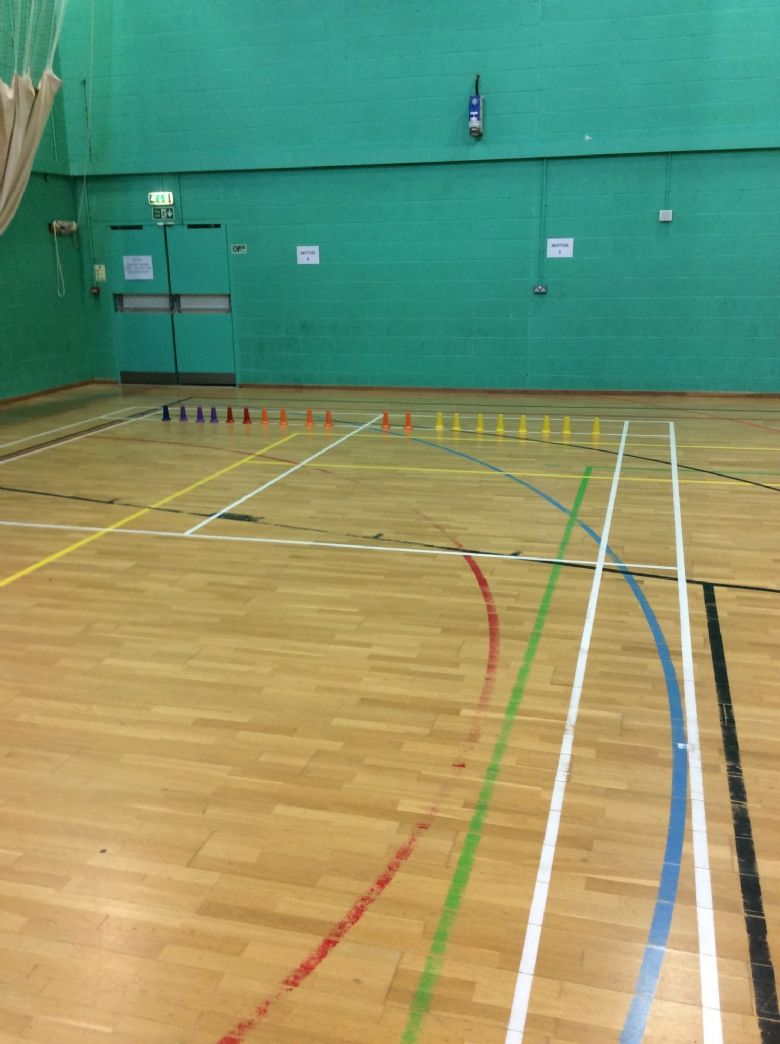 The first event was 'Skittles', this is where the children had to push the Kurling stone towards the skittles and to knock them over. Each skittle that was knocked over was worth one point. 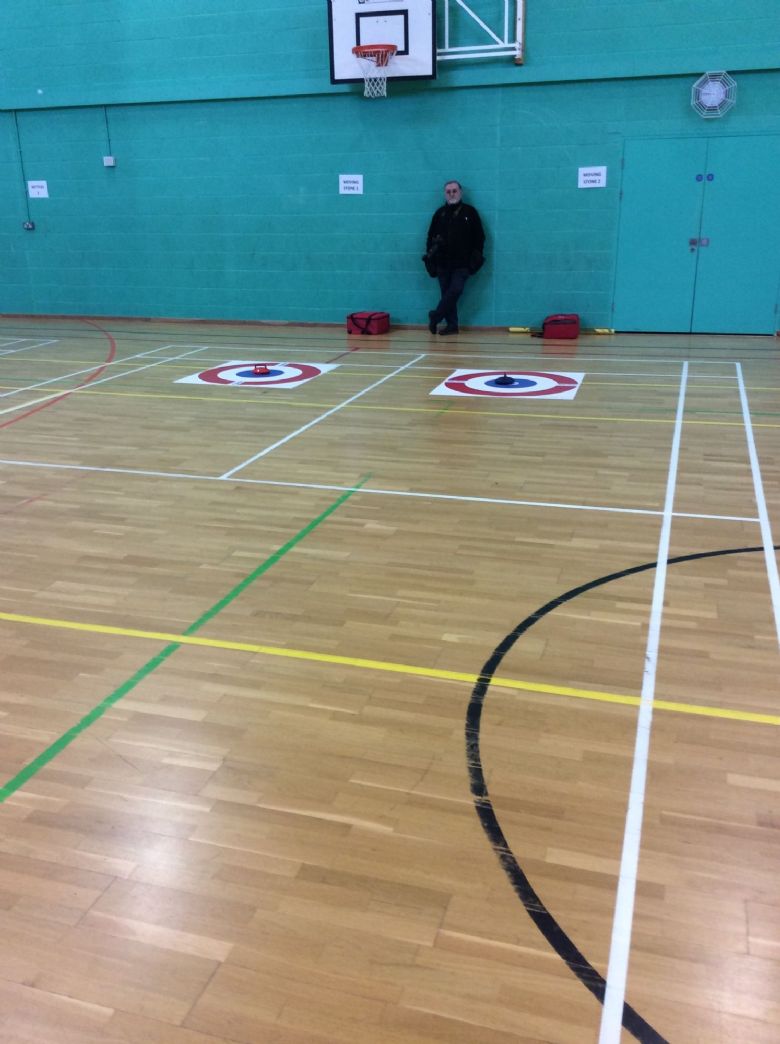 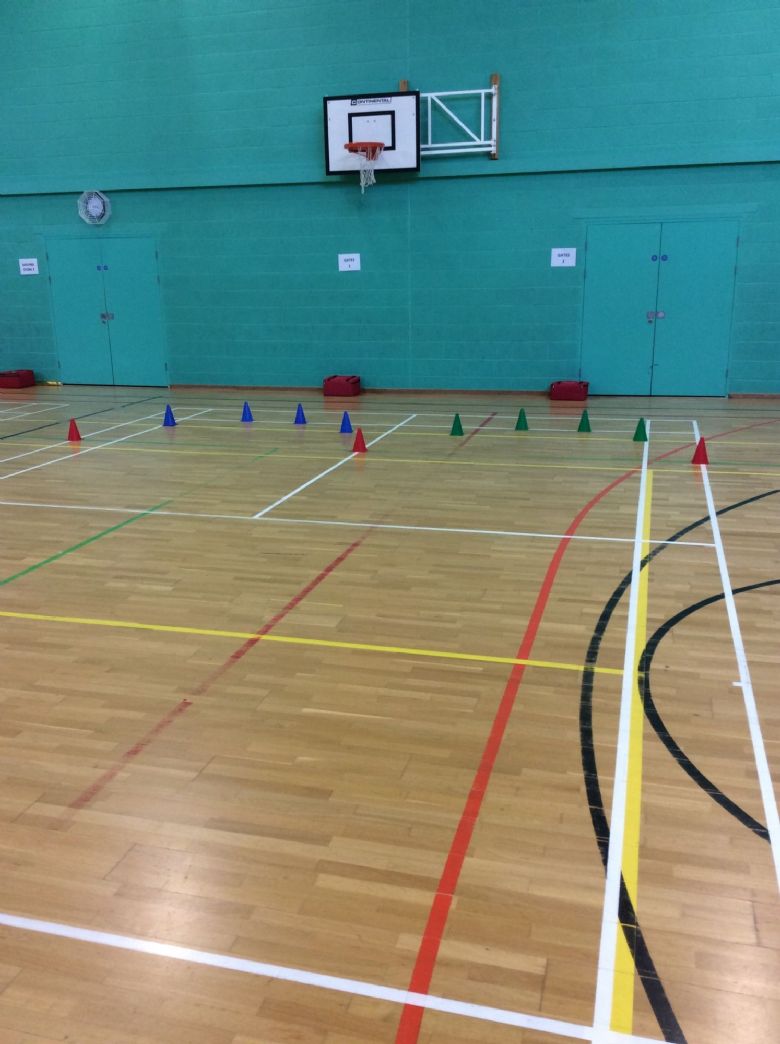 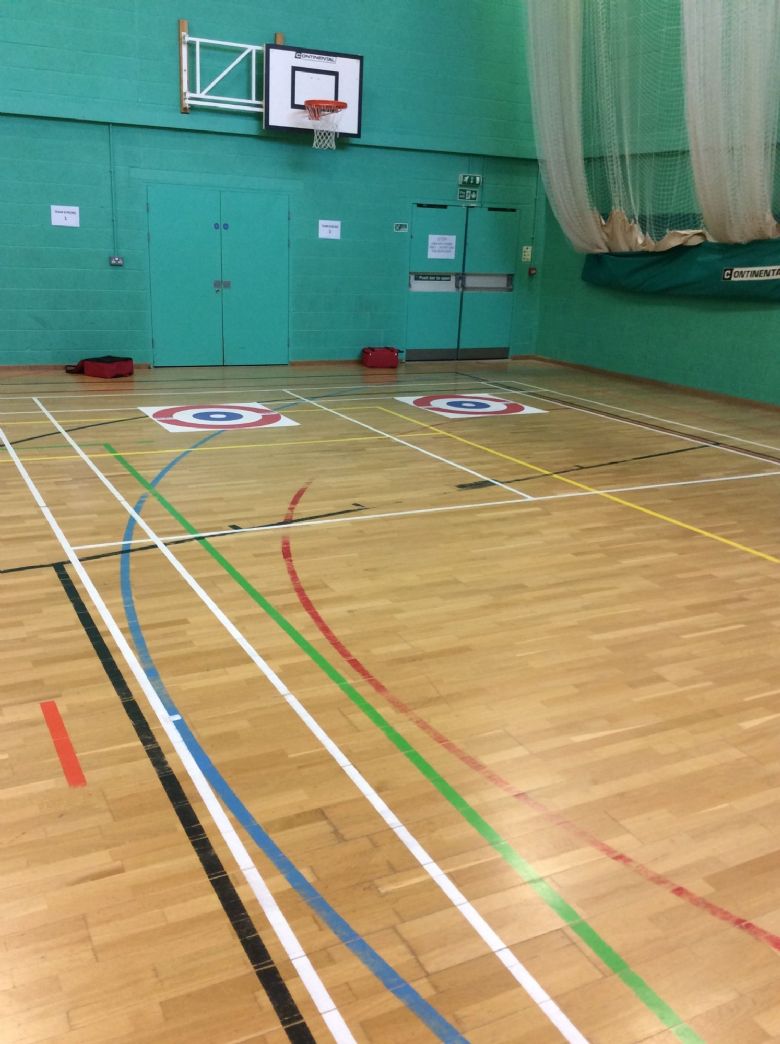 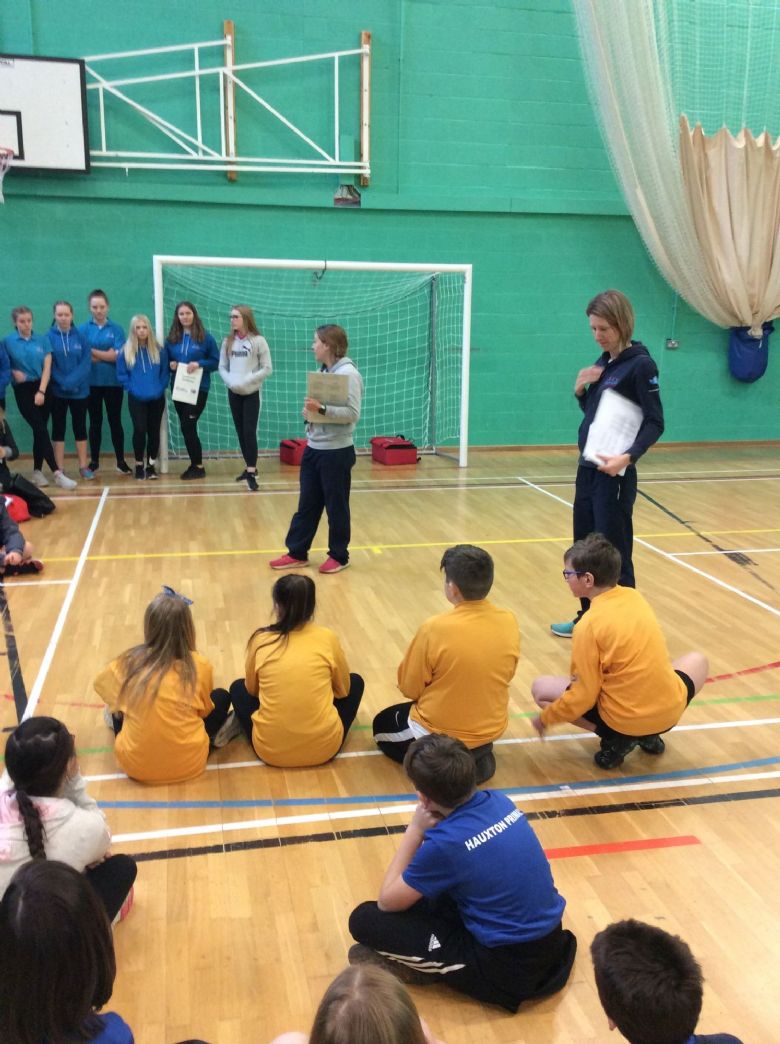 Our four Willingham children listened very carefully to the instructions given by the South Cambs SSP and the 'Sport Leaders'. Bassingbourn VC provided the competition with 16 'Sport Leaders' and they were magnificent throughout the afternoon. They gave the children lots of encouragement and displayed bags of enthusiasm to make it a fun afternoon for the children. 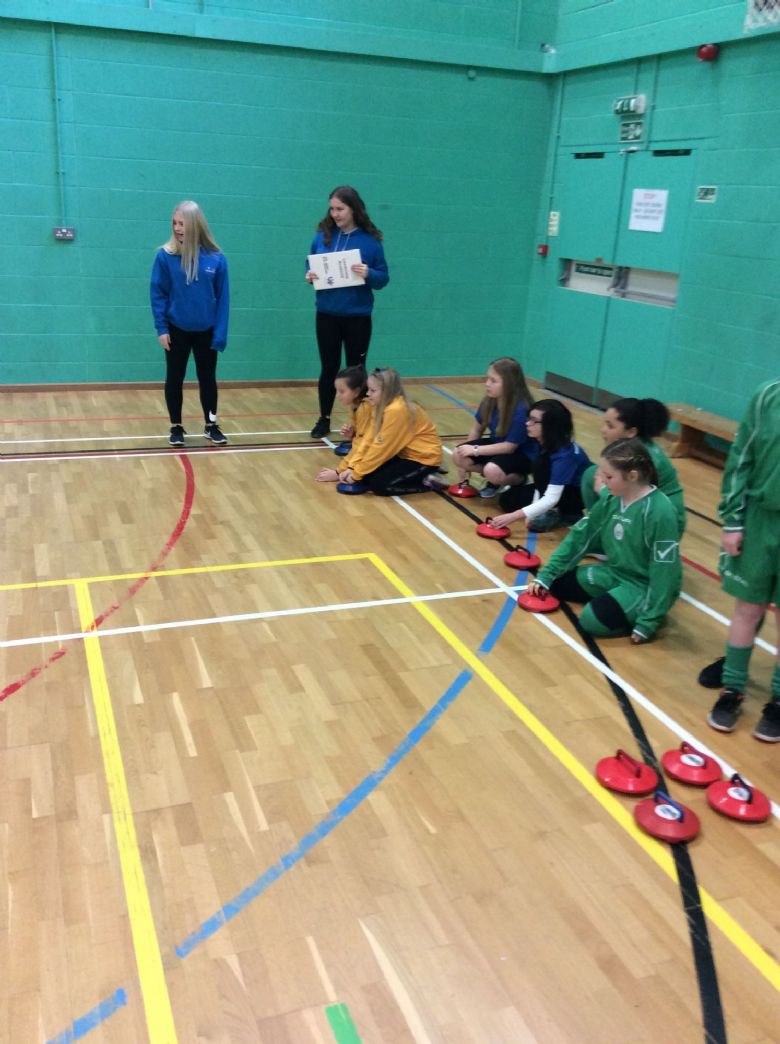 Jade and Lana started off with 'Team Kurling' against Swavesey Primary. 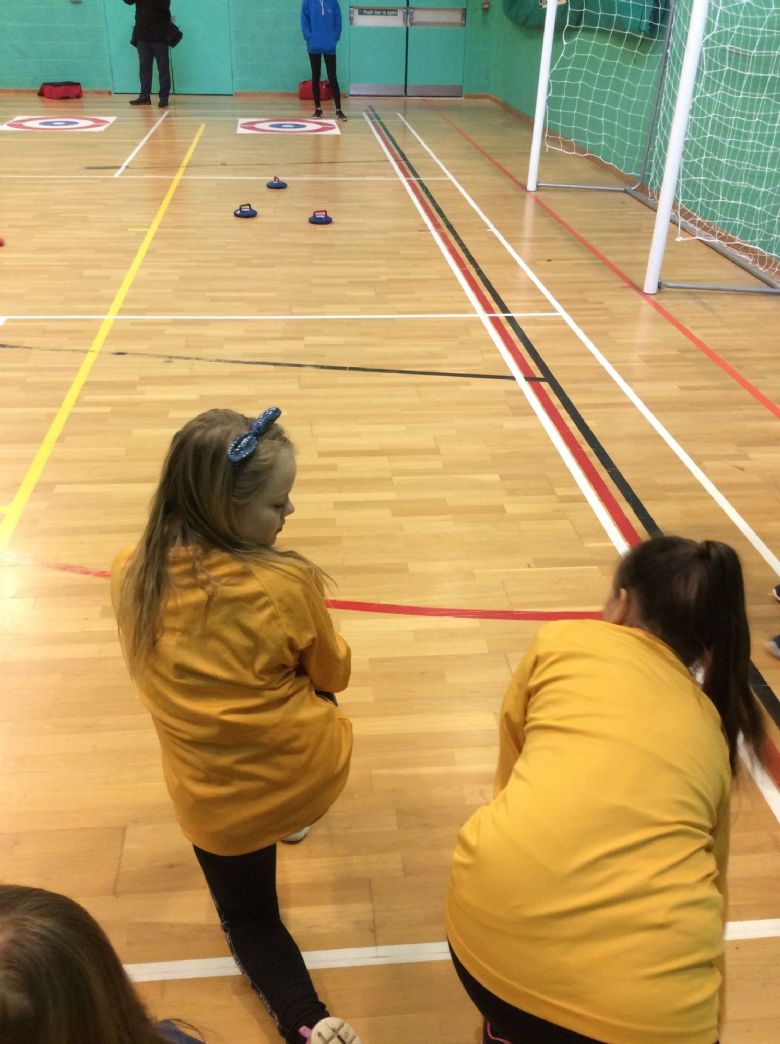 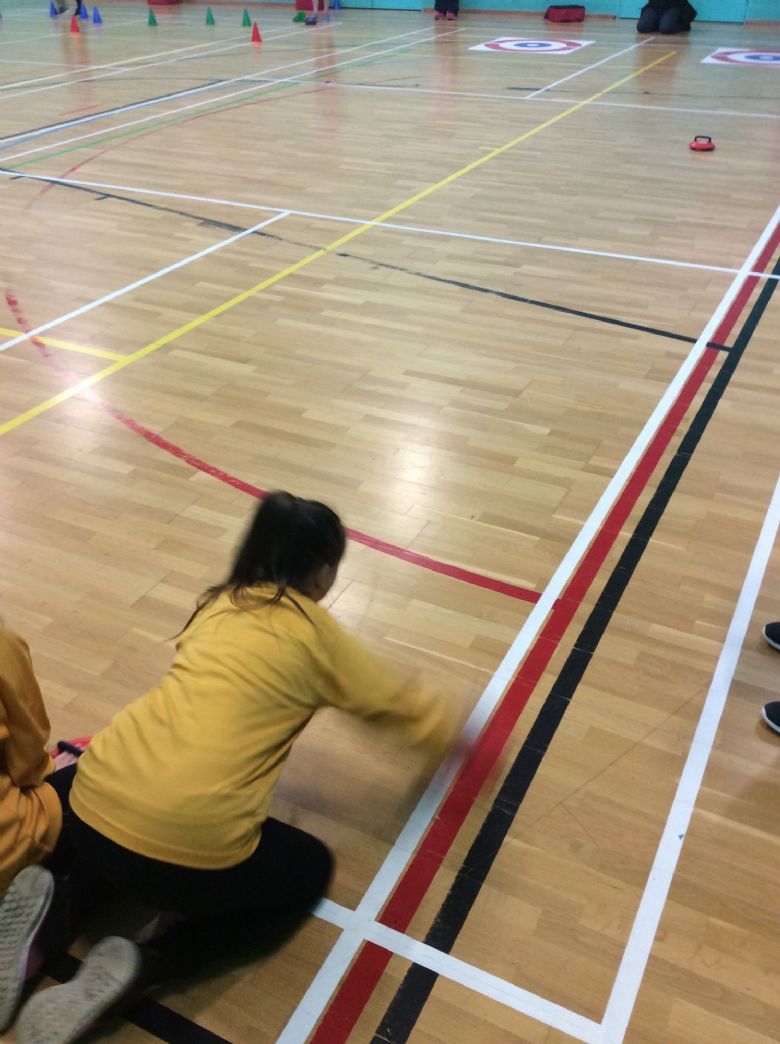 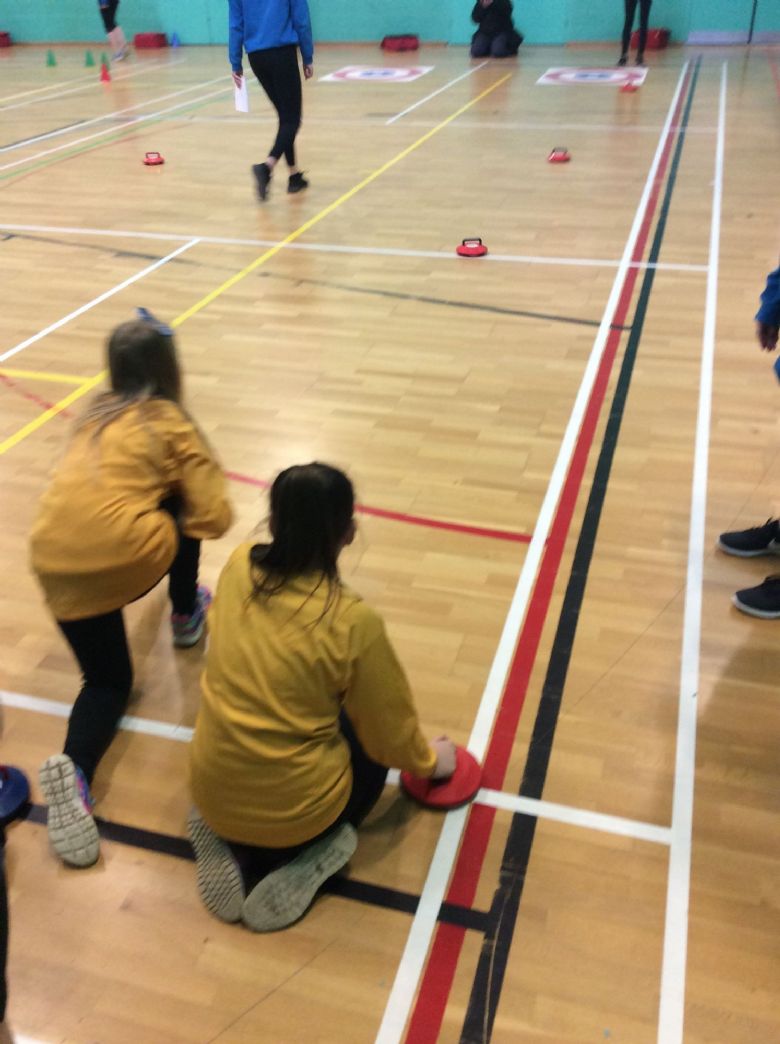 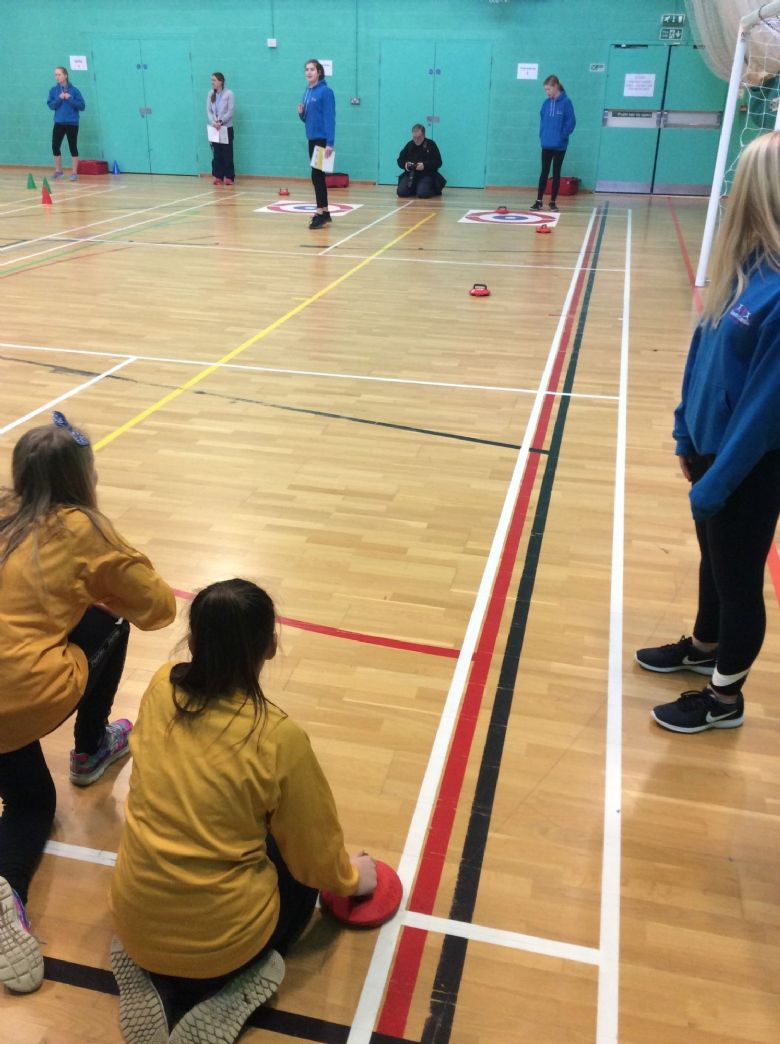 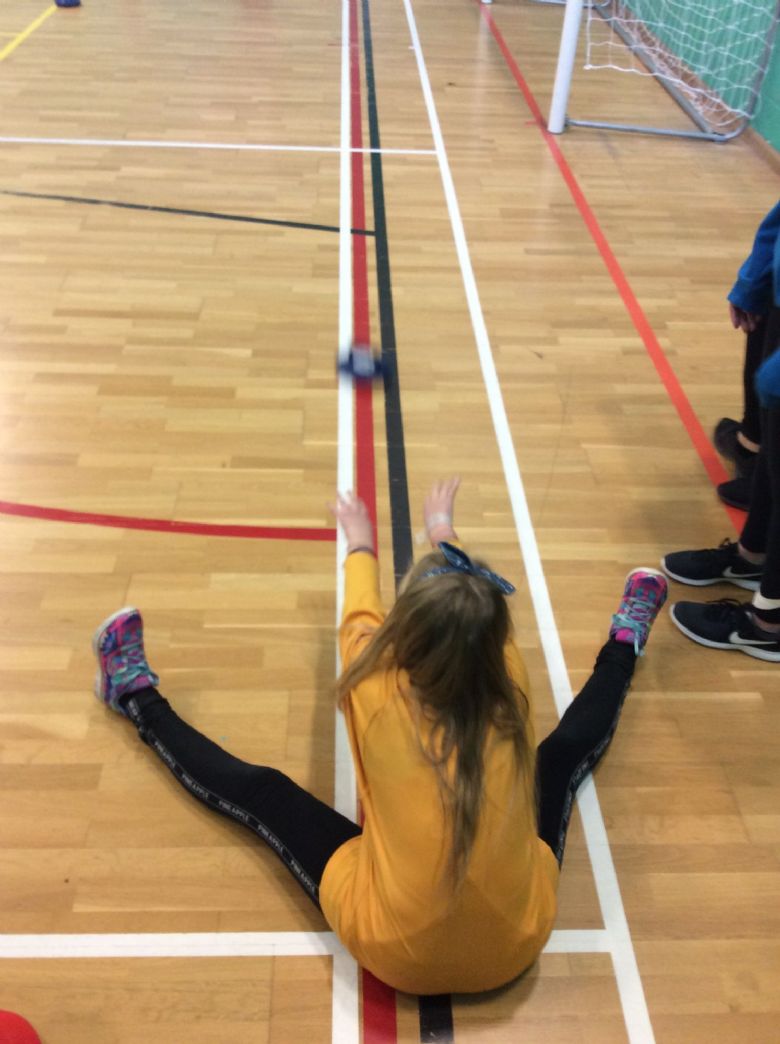 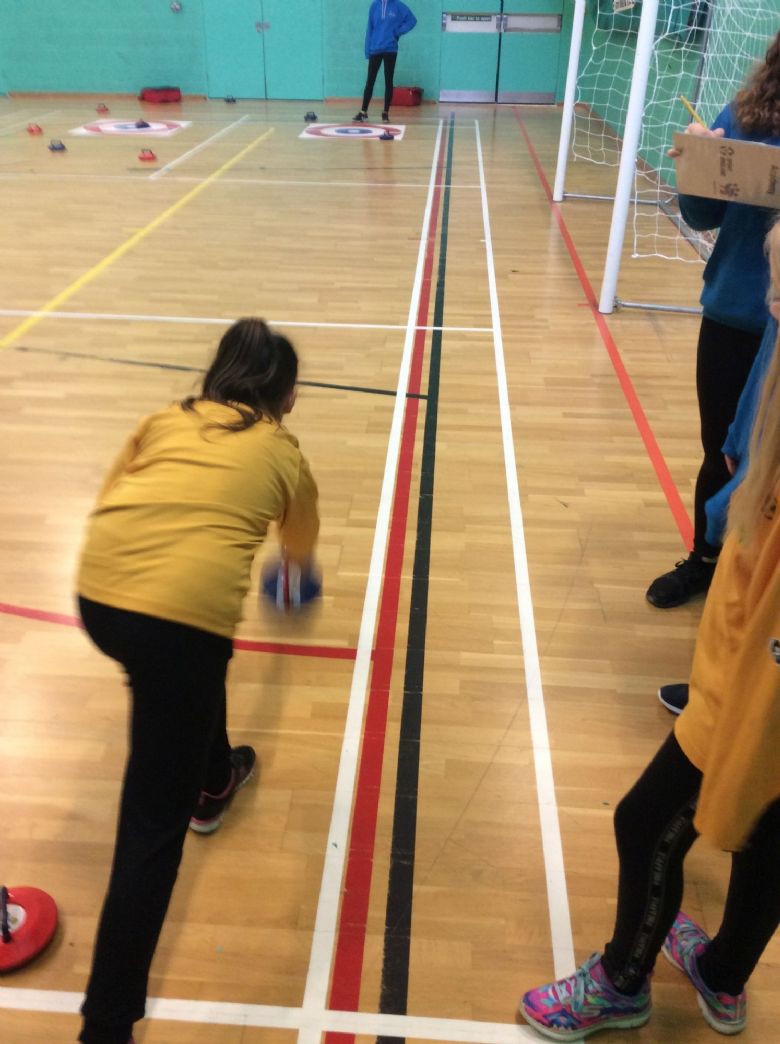 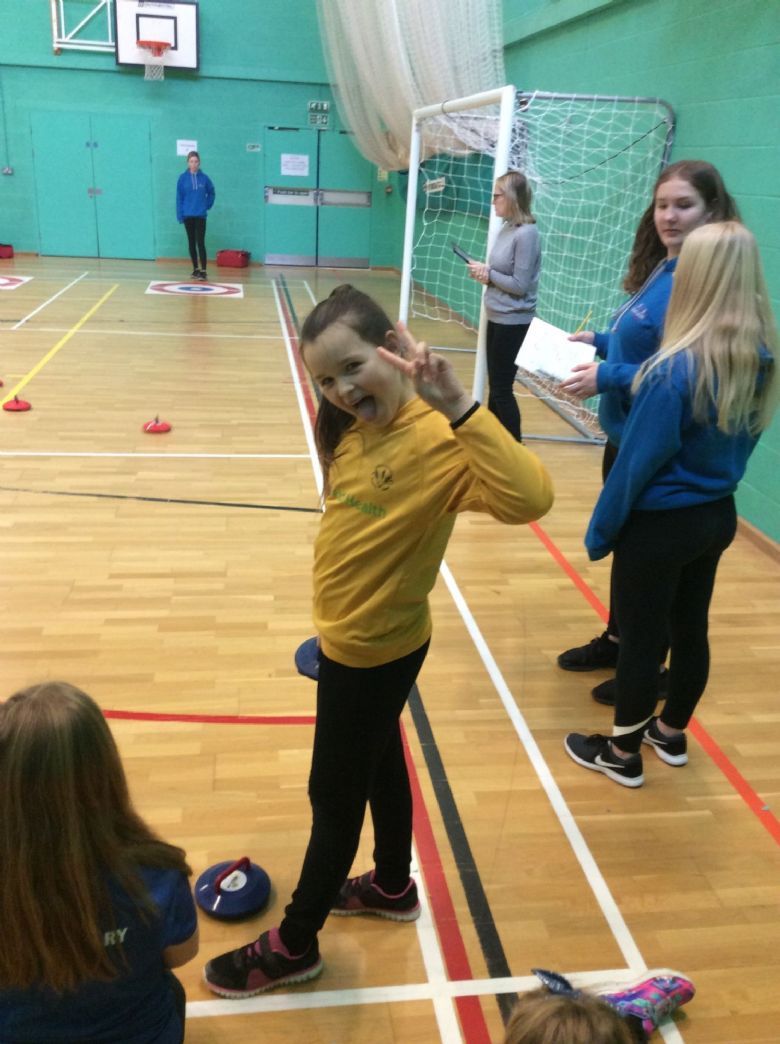 Jade and Lana were fantastic and managed to get their stones on the target! They won two of their games and should be extremely proud of their efforts.

Alfie and Alasdair started on the hardest of the four activities which was 'Gates'. The scoring was very strict and it was difficult to get the stones through the end gates from the distance allowed and the boys worked extremely hard for every single point they received. 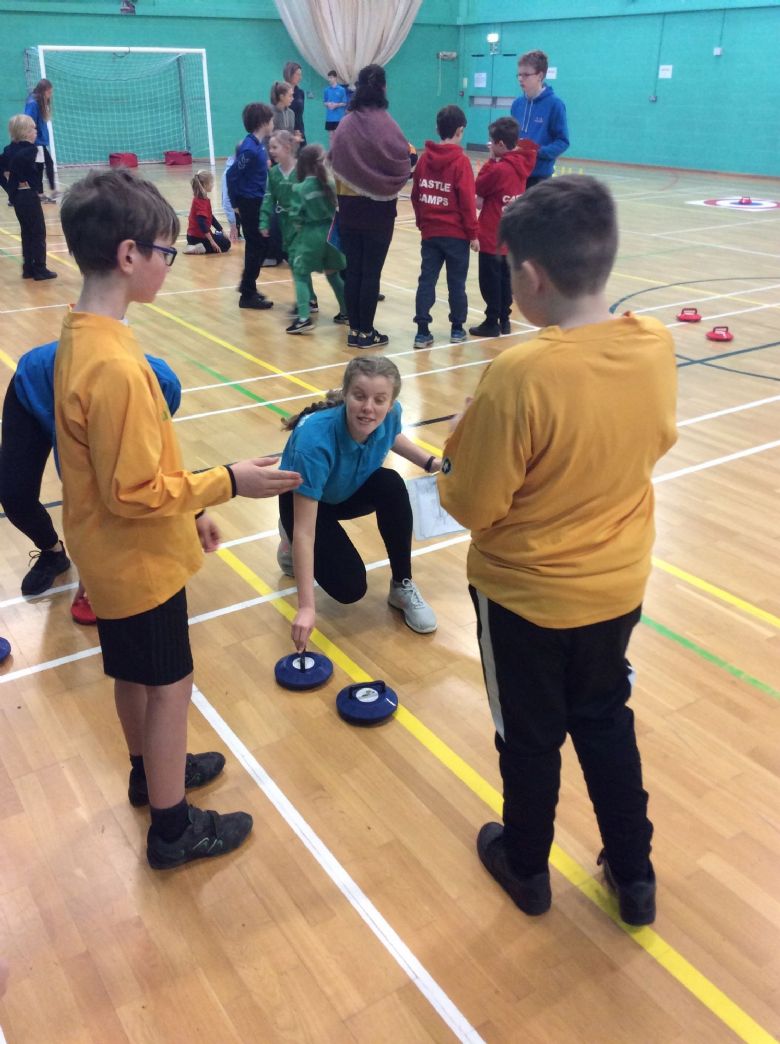 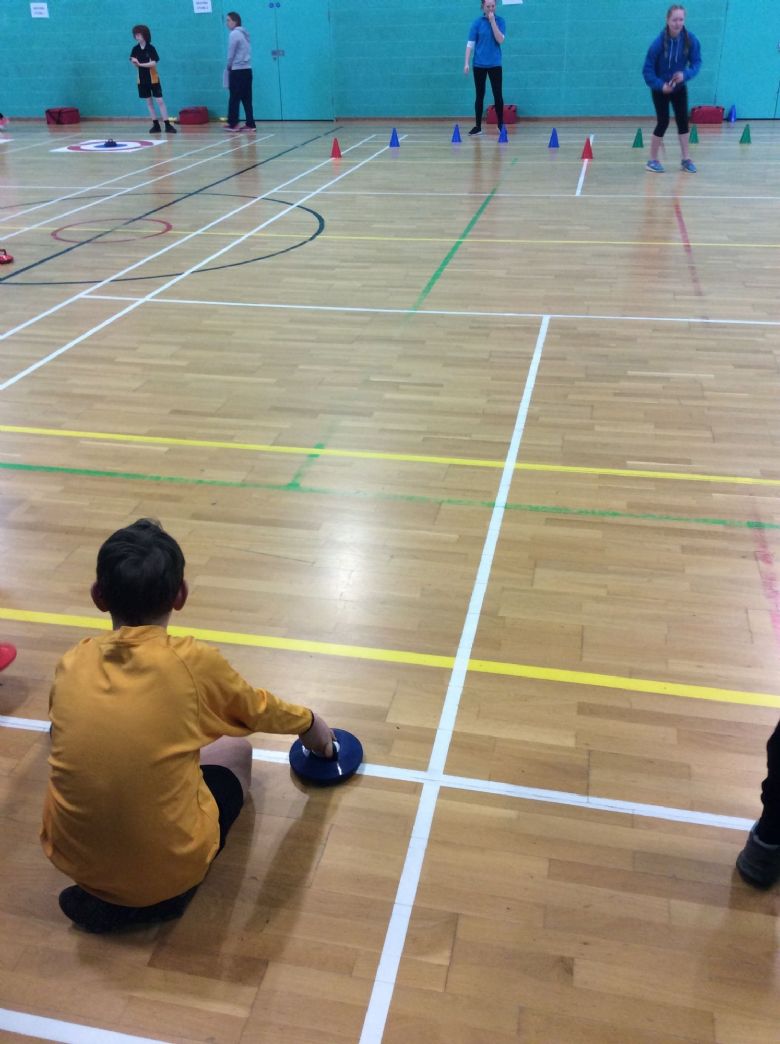 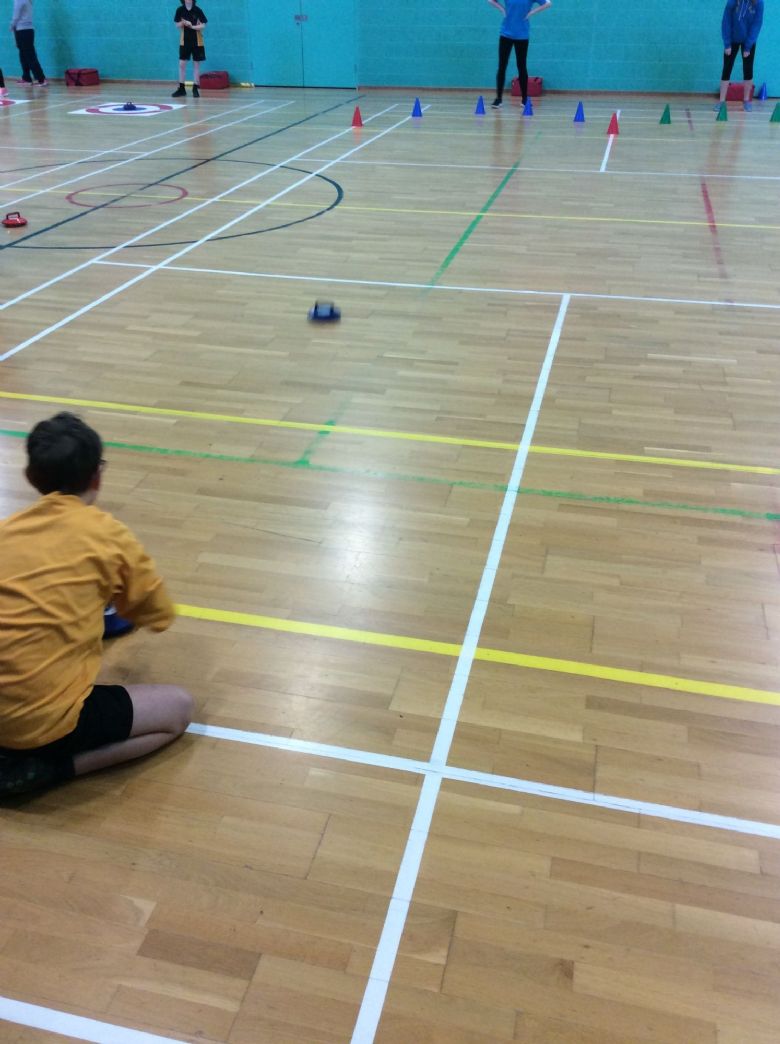 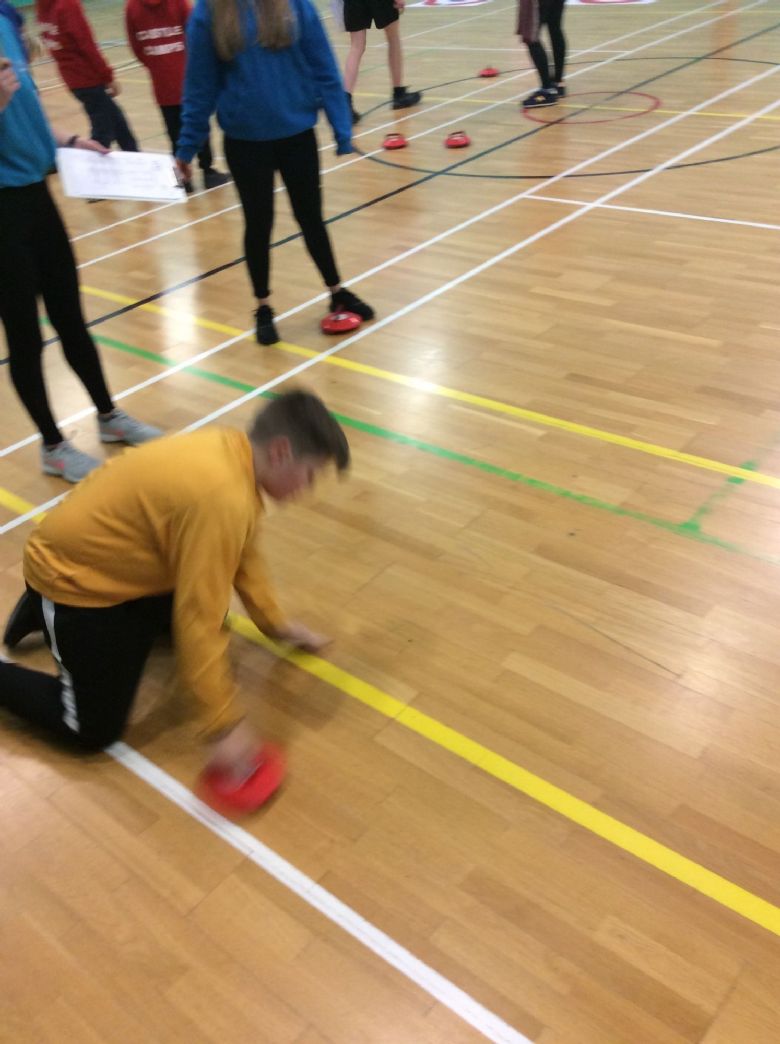 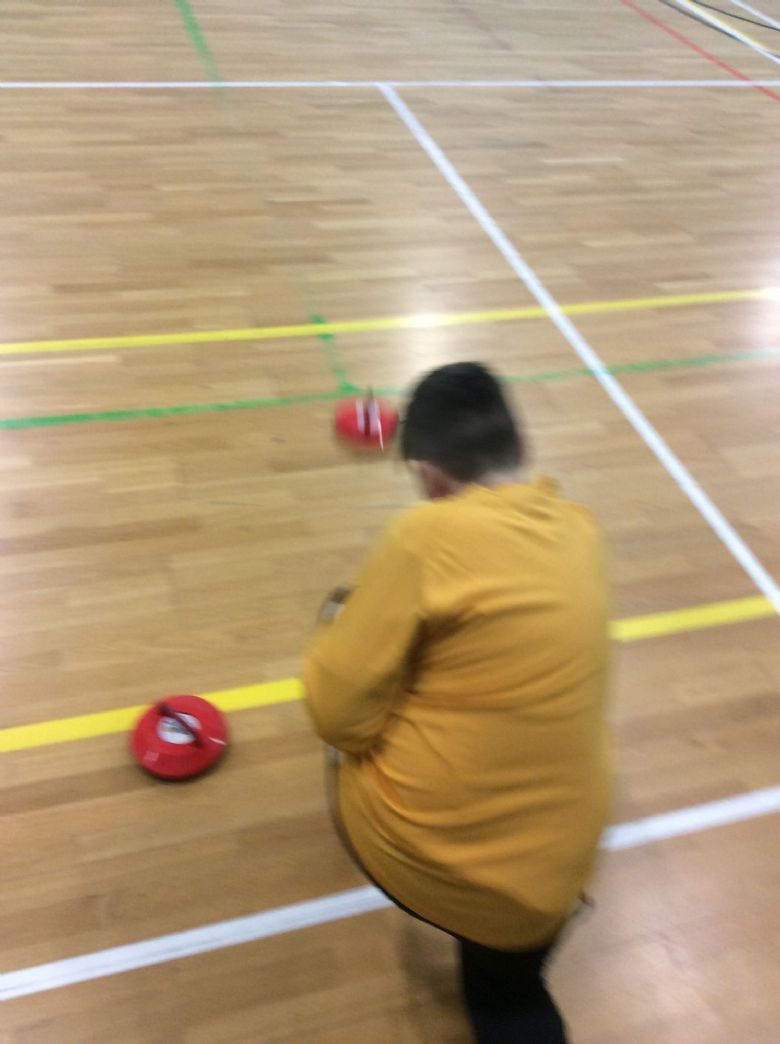 Each pair had three games on each activity and had 20 minutes to complete the matches. The timings for the afternoon were perfect as all of our children managed to finish all their matches before they had to move on and you could see they were progressively getting better throughout the event.

All four Willingham children thrived on the 'Skittles' event and thoroughly enjoyed knocking the skittles over with their stones. The sport leaders on this event were particularly impressive and they gave great advice which resulted in the children doing so well. Here you can see the sport leaders discussing tactics with our children. 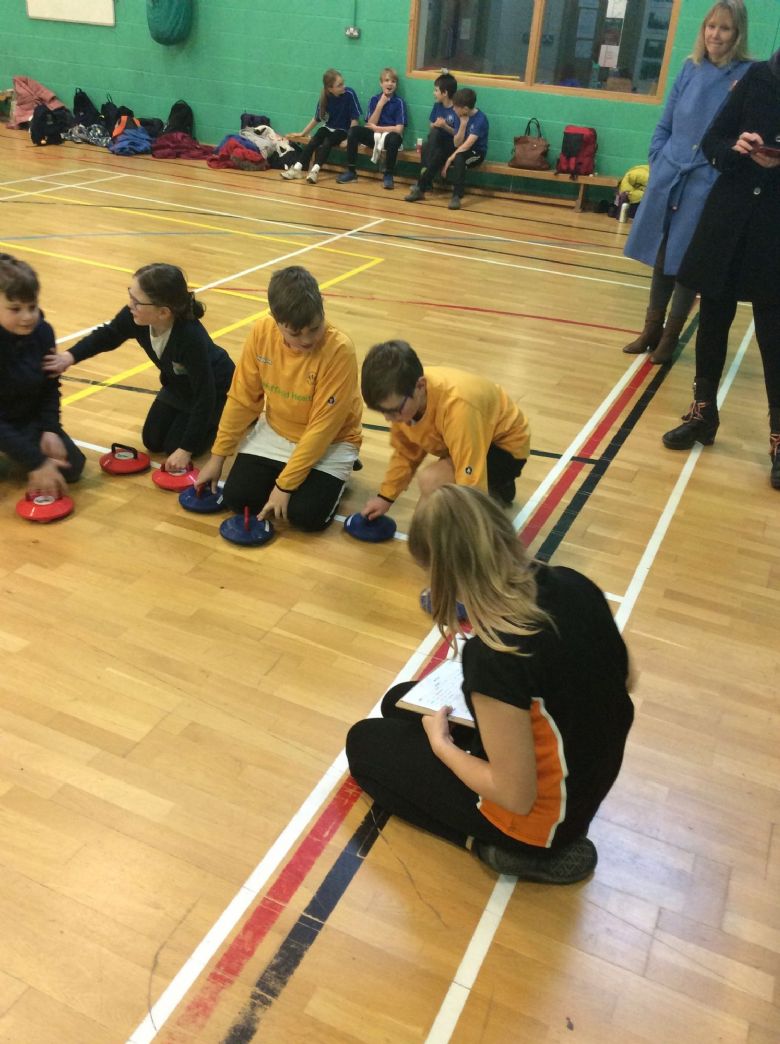 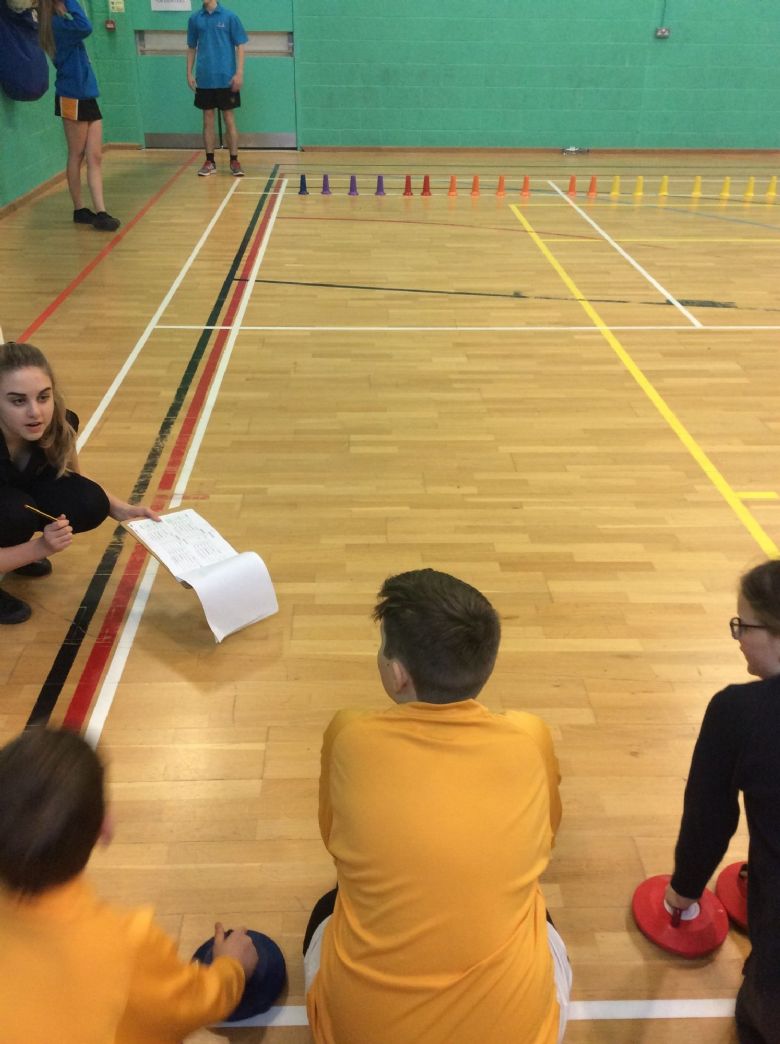 All of our children won their matches against the schools they faced which included Hauxton, Swavesey, Bassingbourn and University of Cambridge Primary. 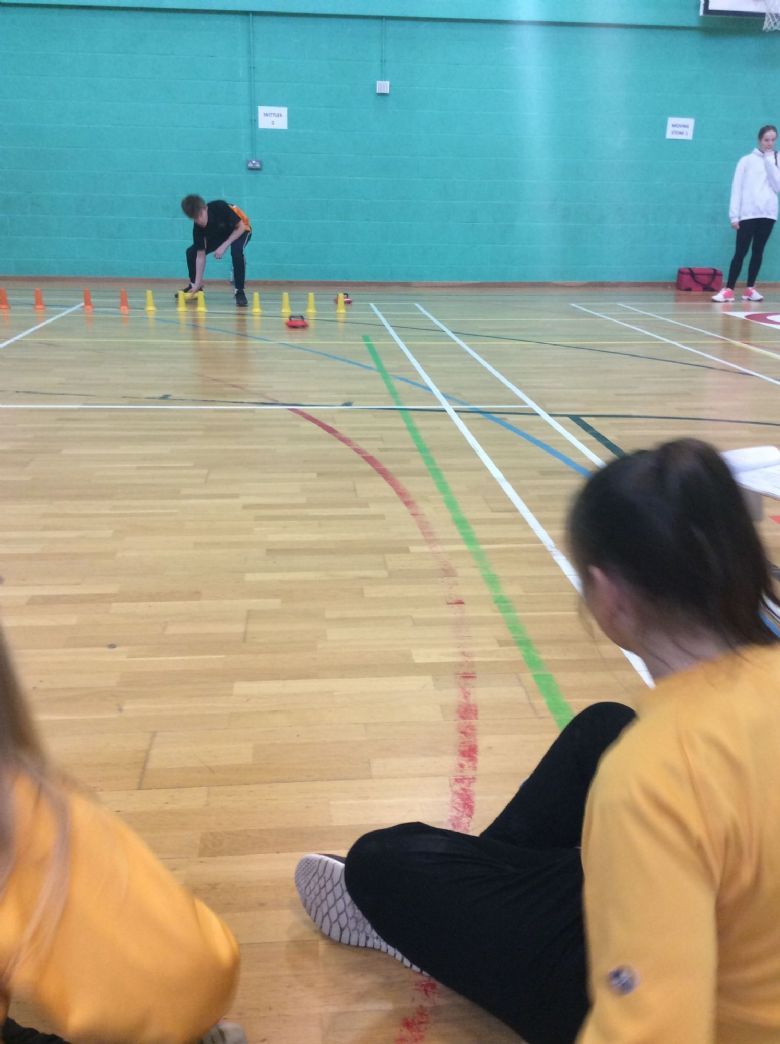 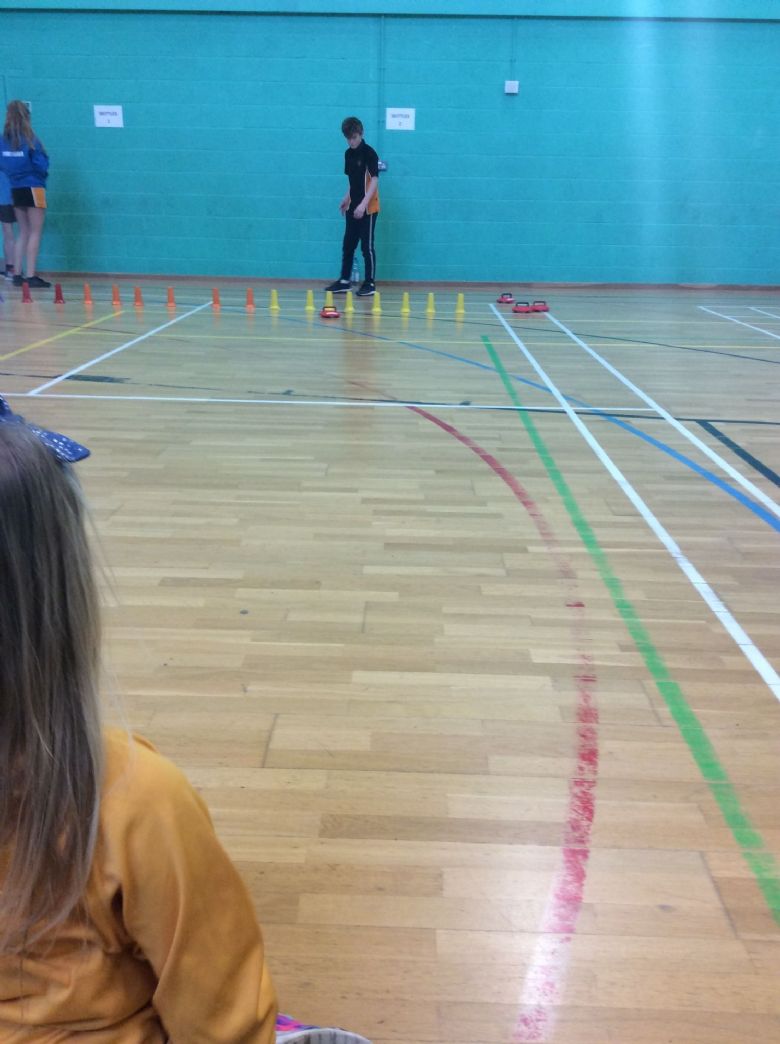 This was a fantastic achievement for our children, considering they hadn't practised this event previously. 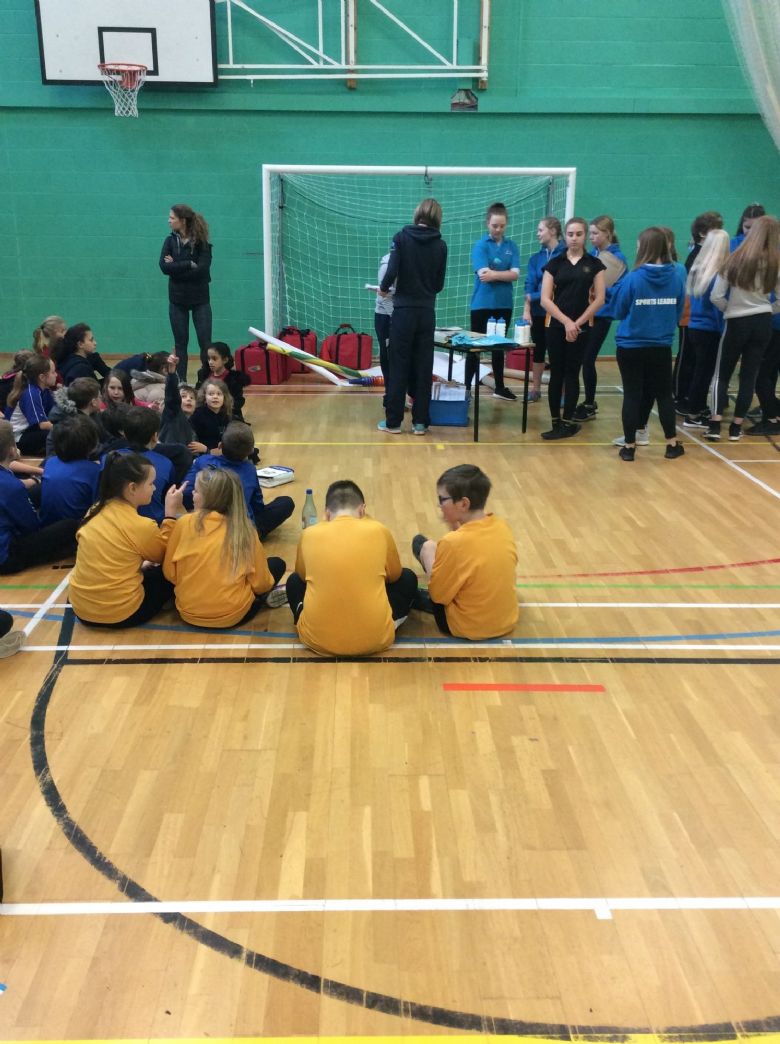 Our children had a fantastic afternoon and did incredibly well. Our pairs came second in two of the events so they just missed out on medals, however Alfie went up to pick up the certificates for all the children participating. 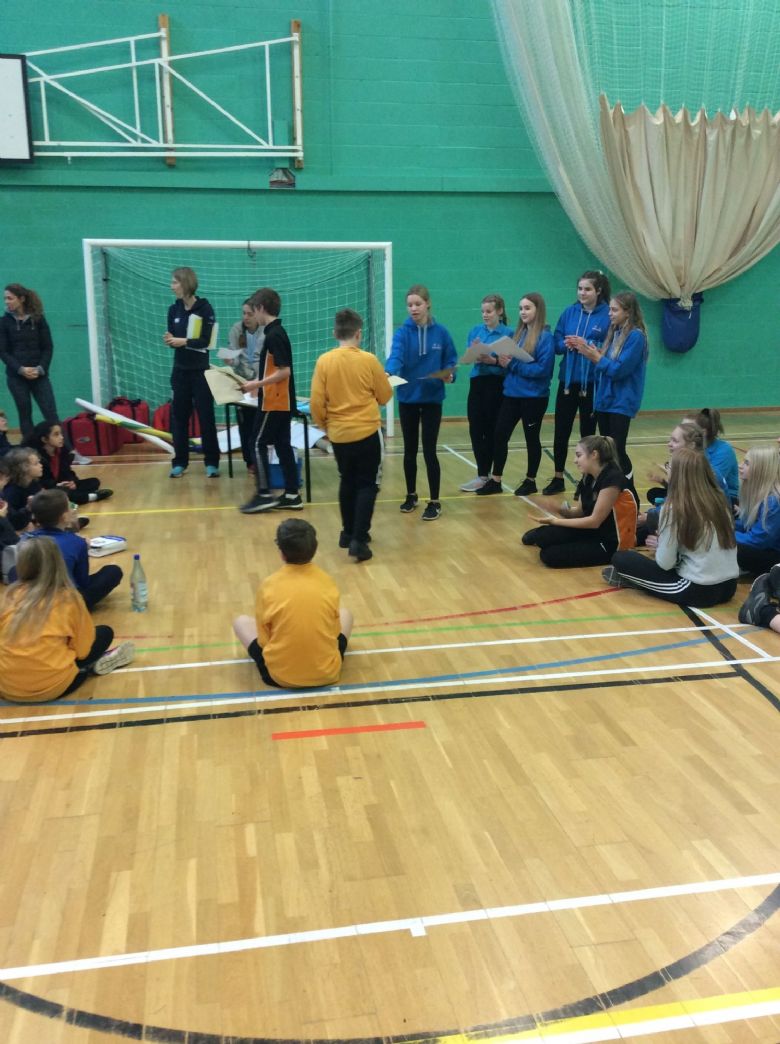 Alasdair was a superstar all afternoon and picked up a certificate for his 'Teamwork' and 'Respect' which were the sport values of the day. He was very proud to pick up his certificate and thoroughly deserved his award. 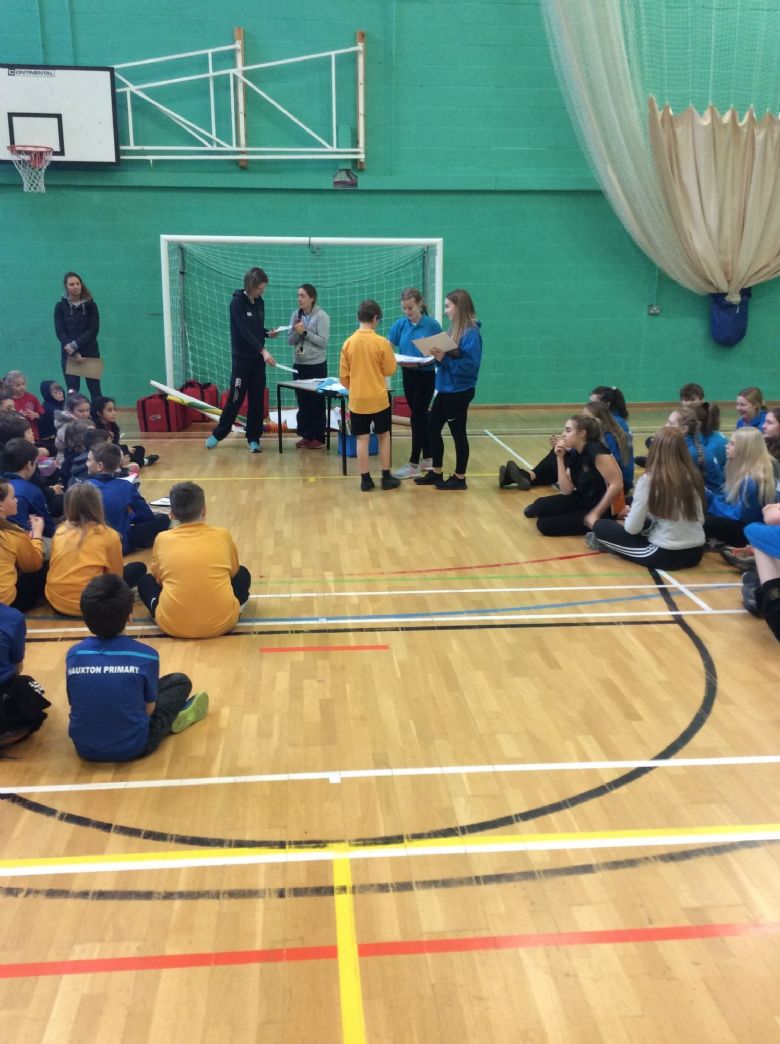 We were very proud of all the children and their efforts, they all had a great time as well and we cant wait for more Kurling events in the future. 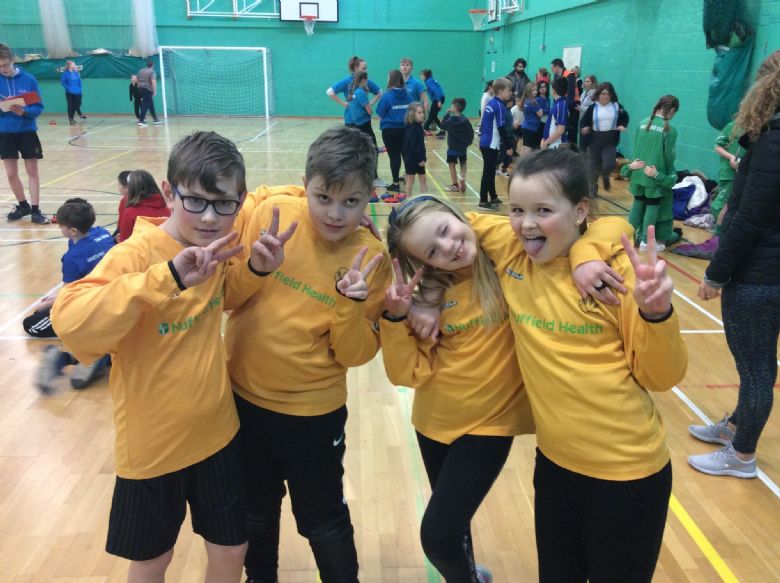