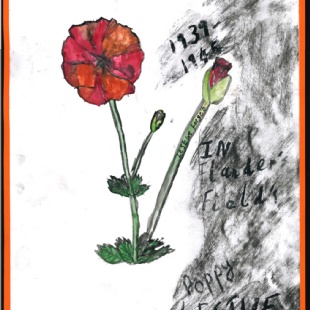 As the 100th anniversary of the end of the First World War approaches, I thought that it would be an appropriate time to post an update on the work done by the Year 5s and 6s on poppies as a symbol of remembrance.

You can see the pupils' work in sketchbooks here: Poppy Project: Year 5/6

In subsequent lessons, we reviewed the sketches and designs together, discussing what had worked well and how we could make improvements, before starting on the final pieces. The pupils are encouraged to make positive comments and to learn from one another as their work develops: 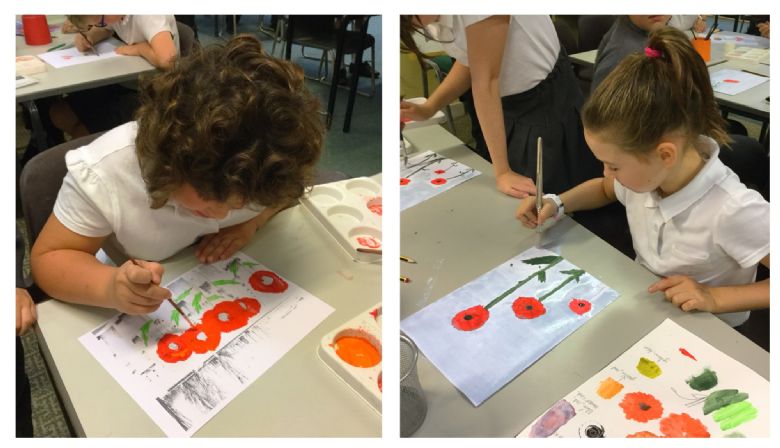 We had spent some time discussing the use of different media in order to recreate the delicate but saturated orange-red colour so characteristic of poppies and many pupils choose to layer the colours in a way that proved very effective: 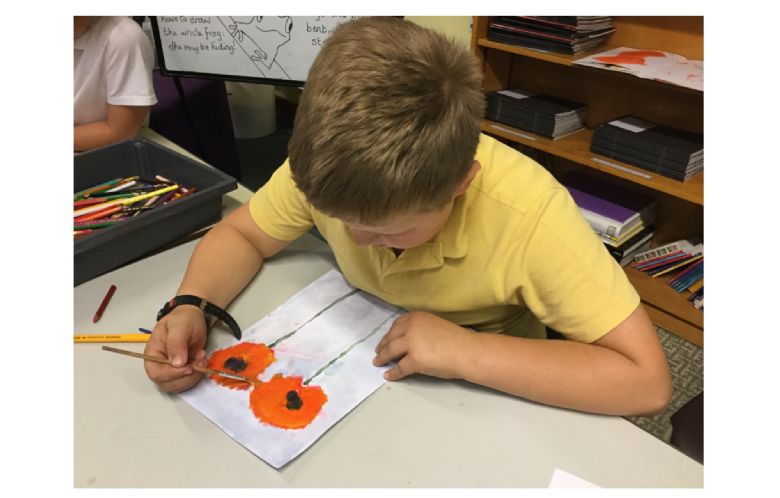 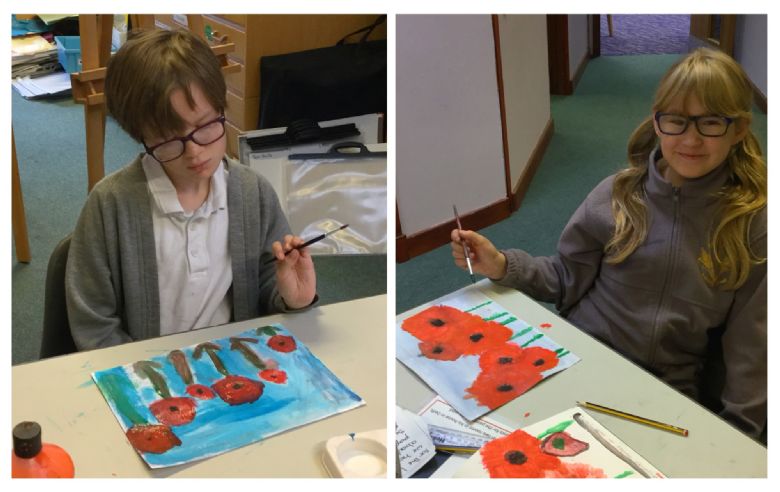 Some of the pupils incorporated words into their artwork or used depictions of war cemeteries or abandoned battlegrounds as a background: 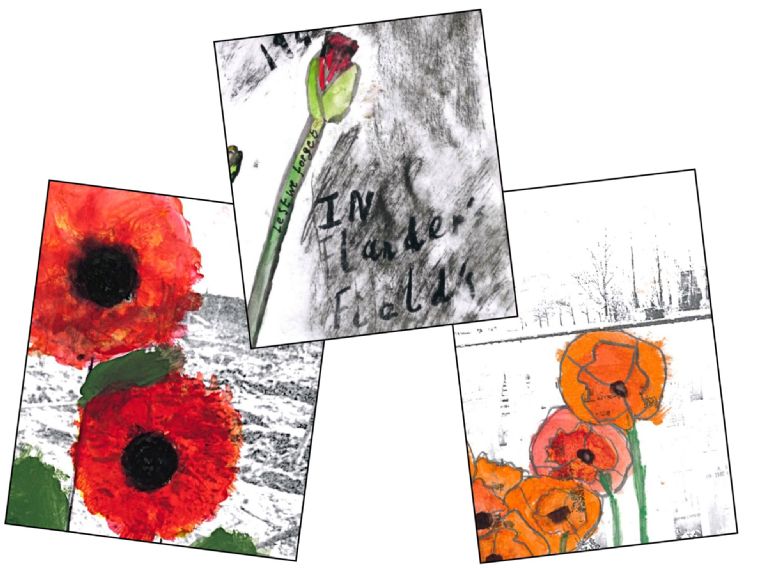 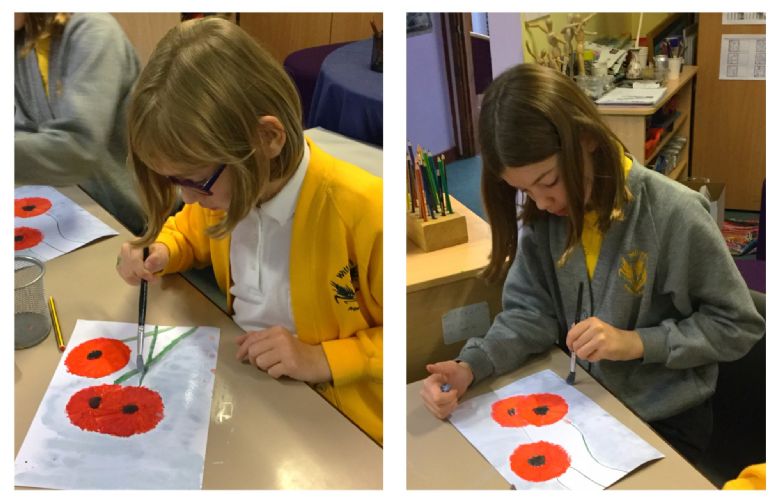 Here are some of the finished pieces of art. We are proud that these were displayed in Over as part of the British Legion Thank You event. 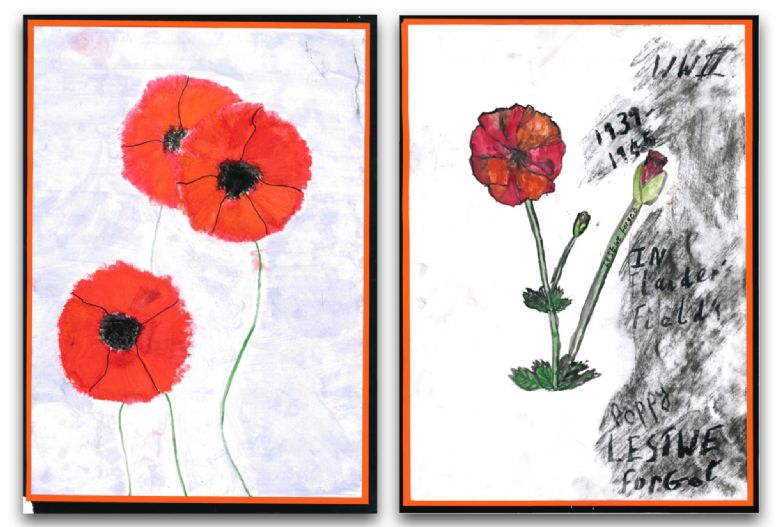 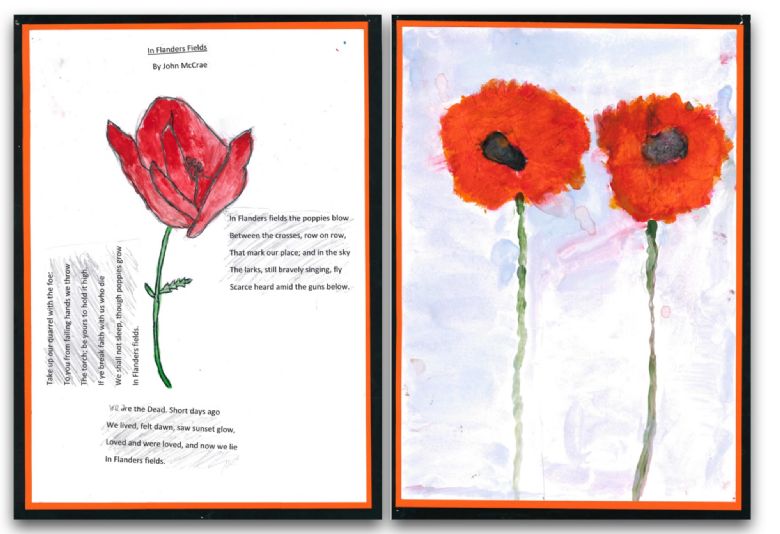 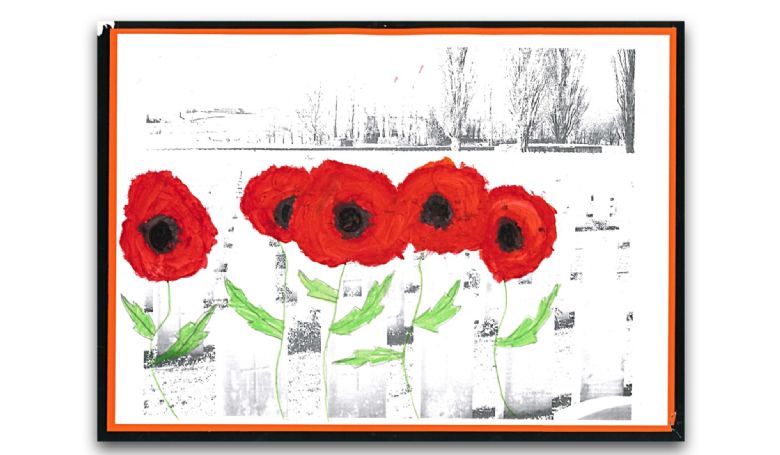 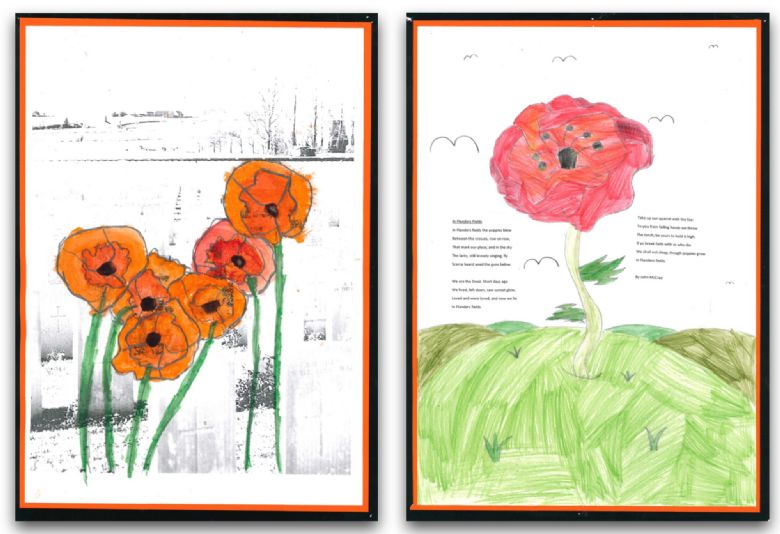 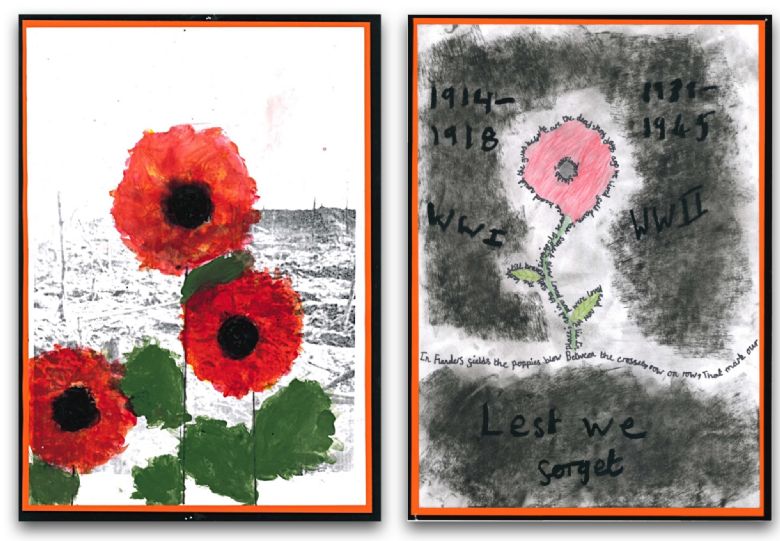